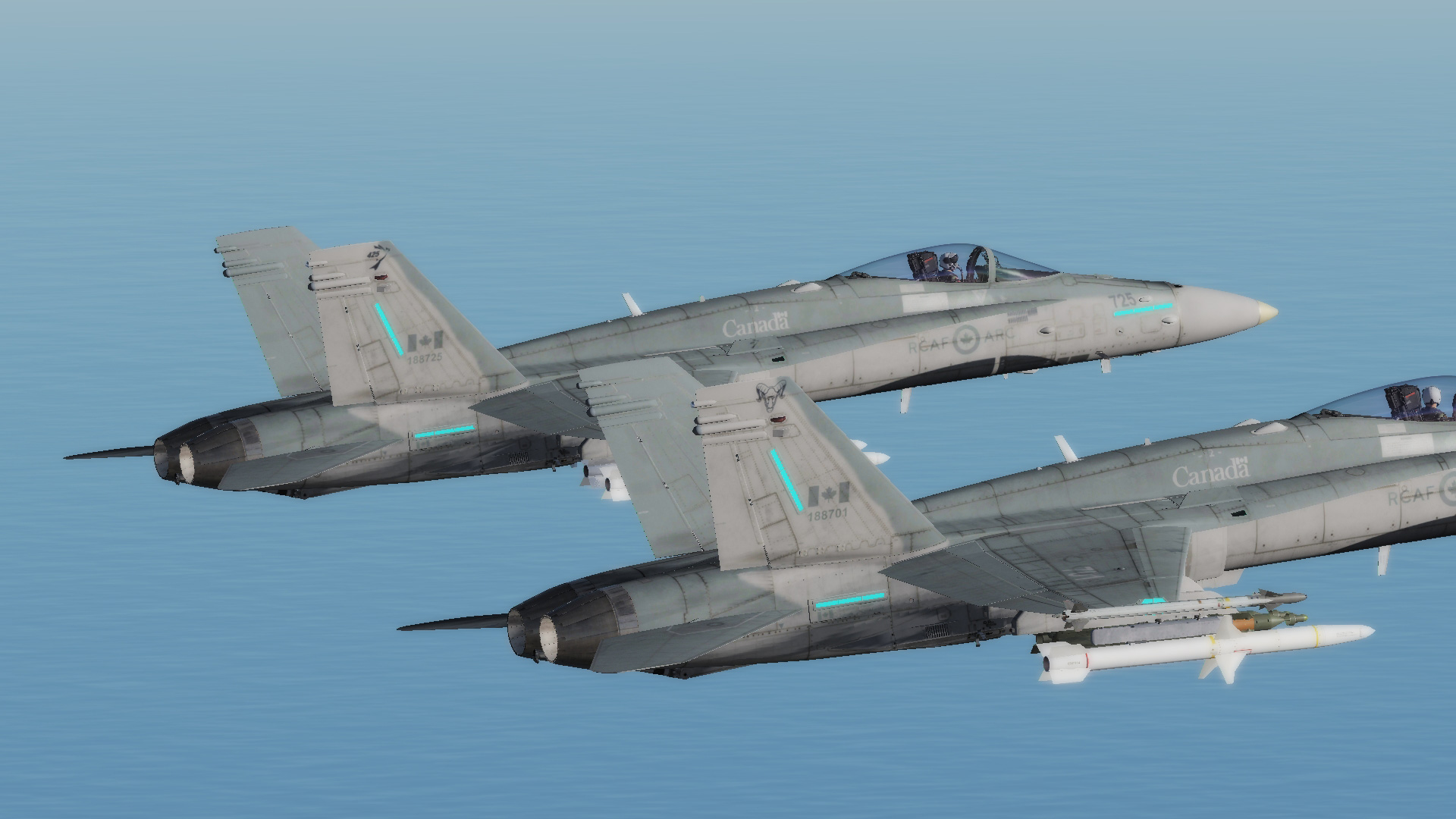 Type - Skin
Author - Cluster
Updated  liveries for the Hornet packages, to fit more recent markings with the RCAF @ ARC instead of the roundel only on the fuselage, and some color adjusments and small details. I made it in 3 packages. Part one includes 3 Wing Bagotville with the 425, 433 squadrons, 433 comes in 2 versions, older  squadron tail art emblem porcupine and more recent one. Part two inclused 4 Wing Cold Lake with still active and disbanded squadrons, 401, 409, 410, 416 and 441 squadrons. Part three inclused older squadrons, 421 and 439, these two squadrons doesn't represent the markings and colors of the CF-18 back then used in those squadrons when they were actived, but only teir squadrons tail art emblems.

Simply drop the lieveries in the according folders in your Saved Game folder    |  ...\Saved Games\DCS.openbeta\Liveries\FA-18C_hornet\
FOLLOW US