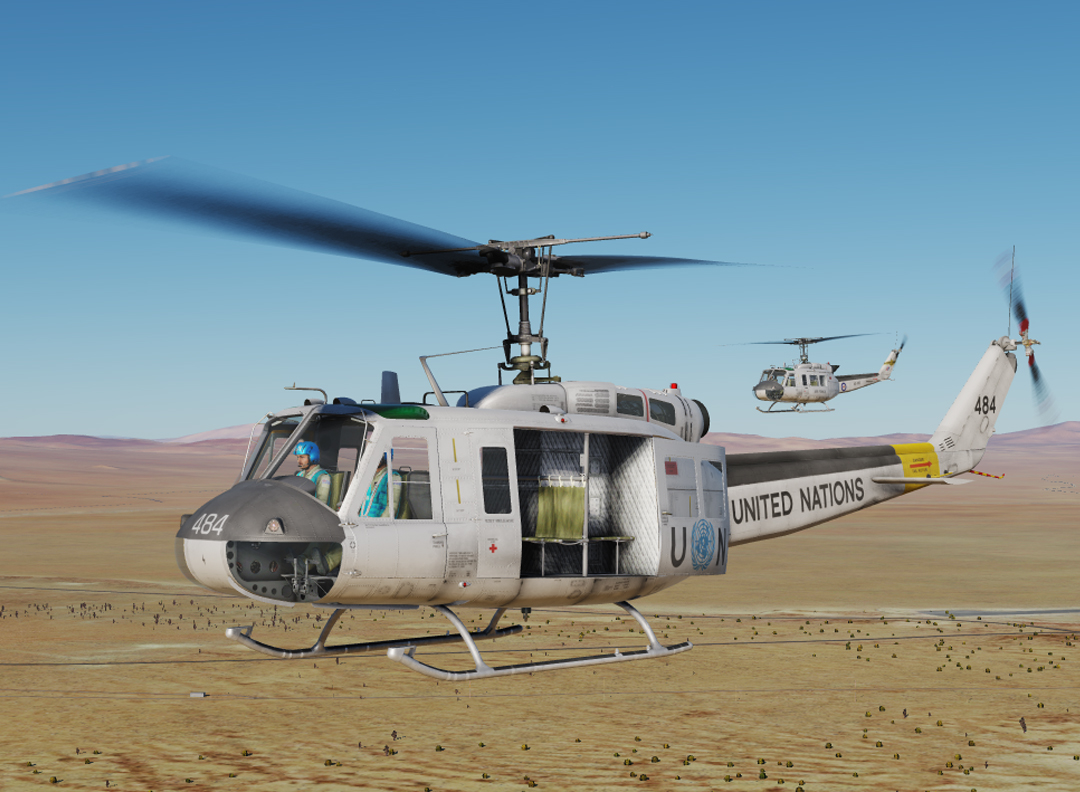 RAAF Aircraft Research and Development Unit (ARDU) UH-1H A2-485 Cn 11773, in Special White livery in 1987. The helo (Del: Jun 1970) had been painted White for Service with the Multi-National Force of Observers (MFO) at El Gorah in the Sinai from 1982-86, and she retained the White livery with ARDU. (The helo crashed into power lines near Queanbeyan NSW on 17Nov1977. She was later repaired and returned to 5 Squadron Fairbairn.)

RAAF Huey A2-484 flying a UN patrol while serving with Austair, UNEF, detachment based at Ismailia, Egypt from 1976 to 1979.
Tags: RAAF Huey Iroquois ARDU Sinai United Nations
FOLLOW US