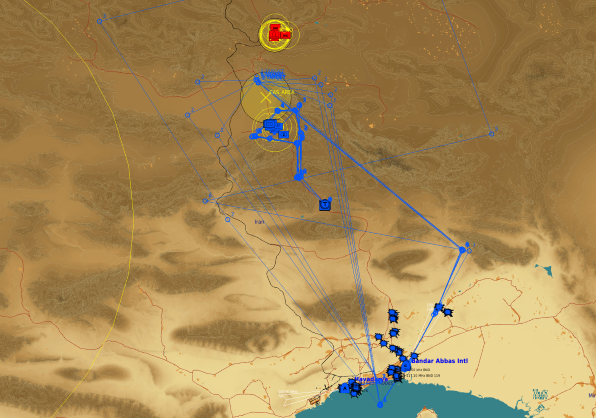 NOTE - This is a multiplayer mission designed to accommodate a large player group. 14xHornets, 2xEagles, 2xMirage, 2xWarthog plus choppers!
This mission does not have SEAD but you are free to re-arm as you see fit.
This mission has been flown numerous times by the WingmanFinder group and it has been great fun.
Single-player not recommended.

Briefing -
Bandar Abbas has been taken but the Iranian forces are not sitting idle.
Advanced USMC units have been instructed to setup a blocking position approximately 45nm NE of Abbas on the main road from Kernan. Barely a platoon strength tank unit and some supporting IFVs.
Drones have picked up movement headed their way and strike command has ordered CAS aircraft airborne.

No tanker support - no need since the flight distance is short.
No AWACS support - last AWACS units in AO was shot down and reinforcements are inbound from Europe.

Secondary target - Iranian field HQ has been identified in a town slightly East of the valley. Destroy it to blunt the enemy counter-attack.

Be alert for enemy CAP flights.