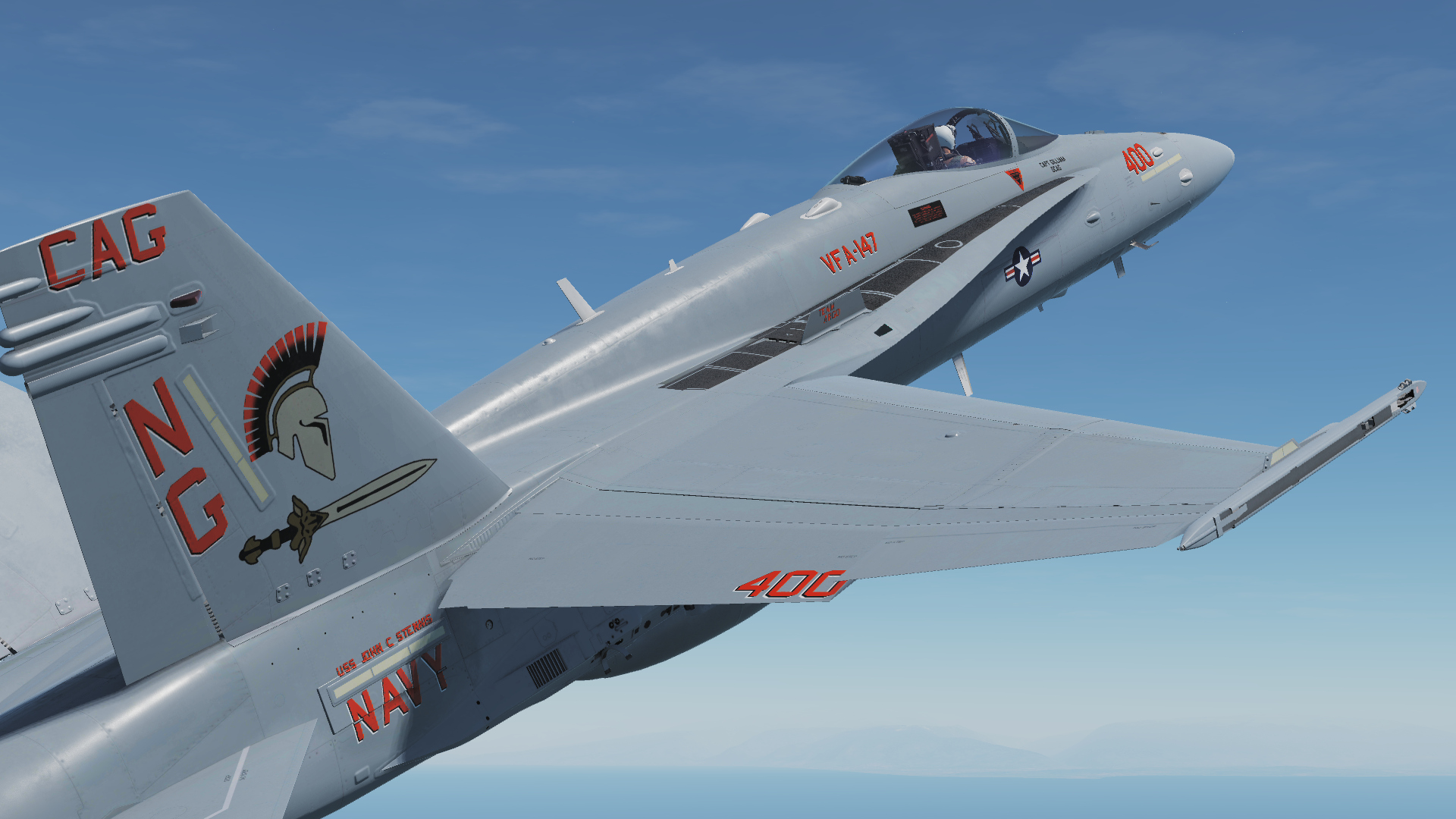 Type - Skin
Author - atomtomgo
This pack contains 4 liveries of the VFA-147 (3 of them closely reflect the real-life counterpart and one is a "generic" line livery).
The liveries are based on the colors as seen in late 2006, early 2007 during cruise aboard of USS John C. Stennis in the Persian Gulf region.
In late 2007 the VFA-147 began the transition from F/A-18C to F/A-18E.
In January 2018 the VFA-147 was the first operational squadron to be equipped with the F-35C.

ATTENTION:
-MAKE SURE YOUR WINRAR CAN OPEN RAR5.0 FORMAT IF YOU HAVE PROBLEMS OPENING THE .RAR FILE!
-Integrity Check should not cause any problems

(If the FA-18C_hornet folder does not exist simply create one)