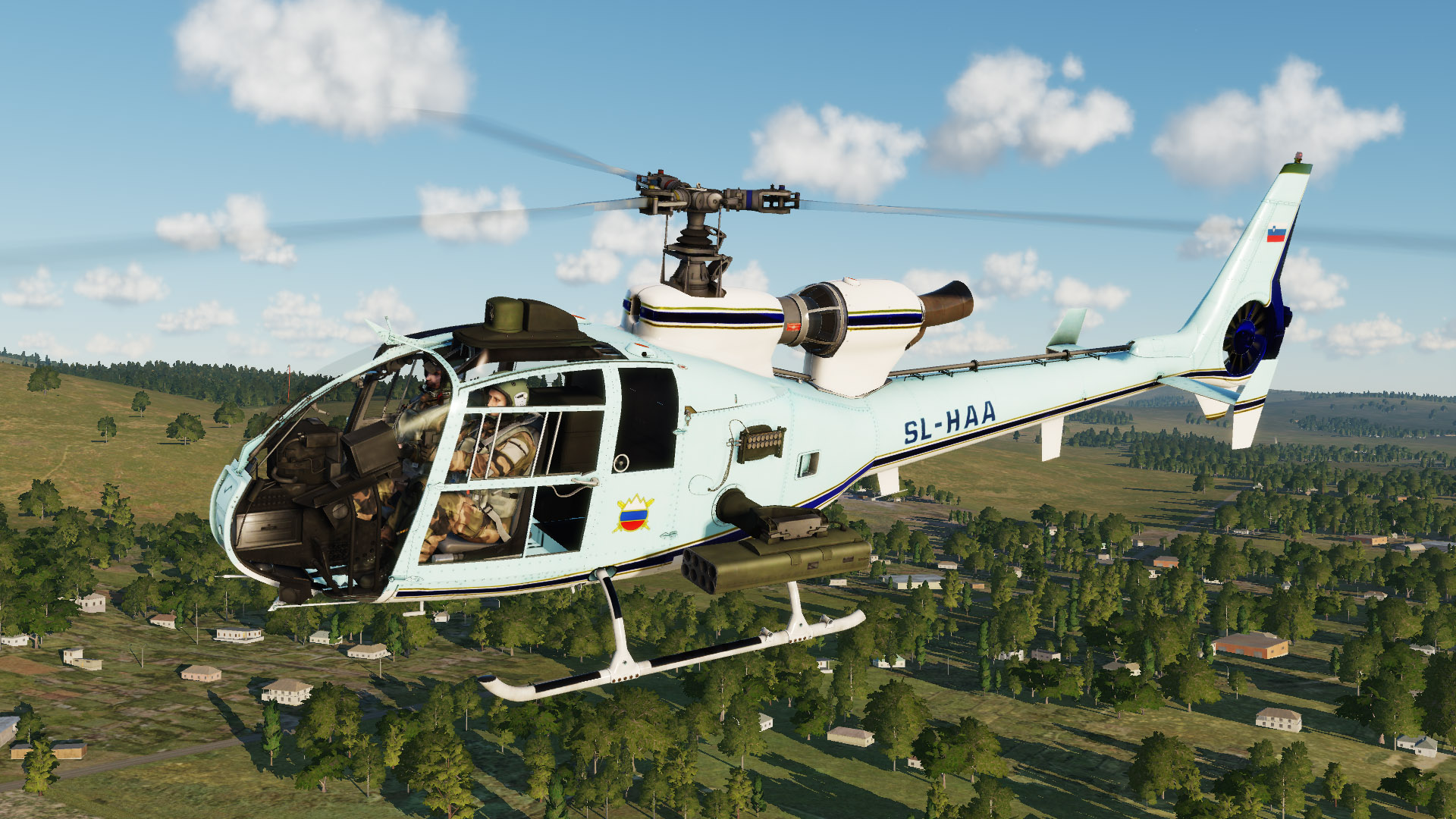 Type - Skin
Author - Thor77
Semifictional SA342 Gazelle skin pack of helicopters that were most notable during the Independence war in Slovenia.


Semifictional SA342 Gazelle skin pack. Yugoslav Army/Slovenian Army used unarmed scout version. Due to instalation of flare launchers and pylons, some alterations of markings compared to the real helicopters, was neccessary. Pack contains 4 liveries from Slovenian 1991 Independence War and beyond:

Skins work with any of the 4 different Gazelle types in the DCS - L, M, minigun and Mistral