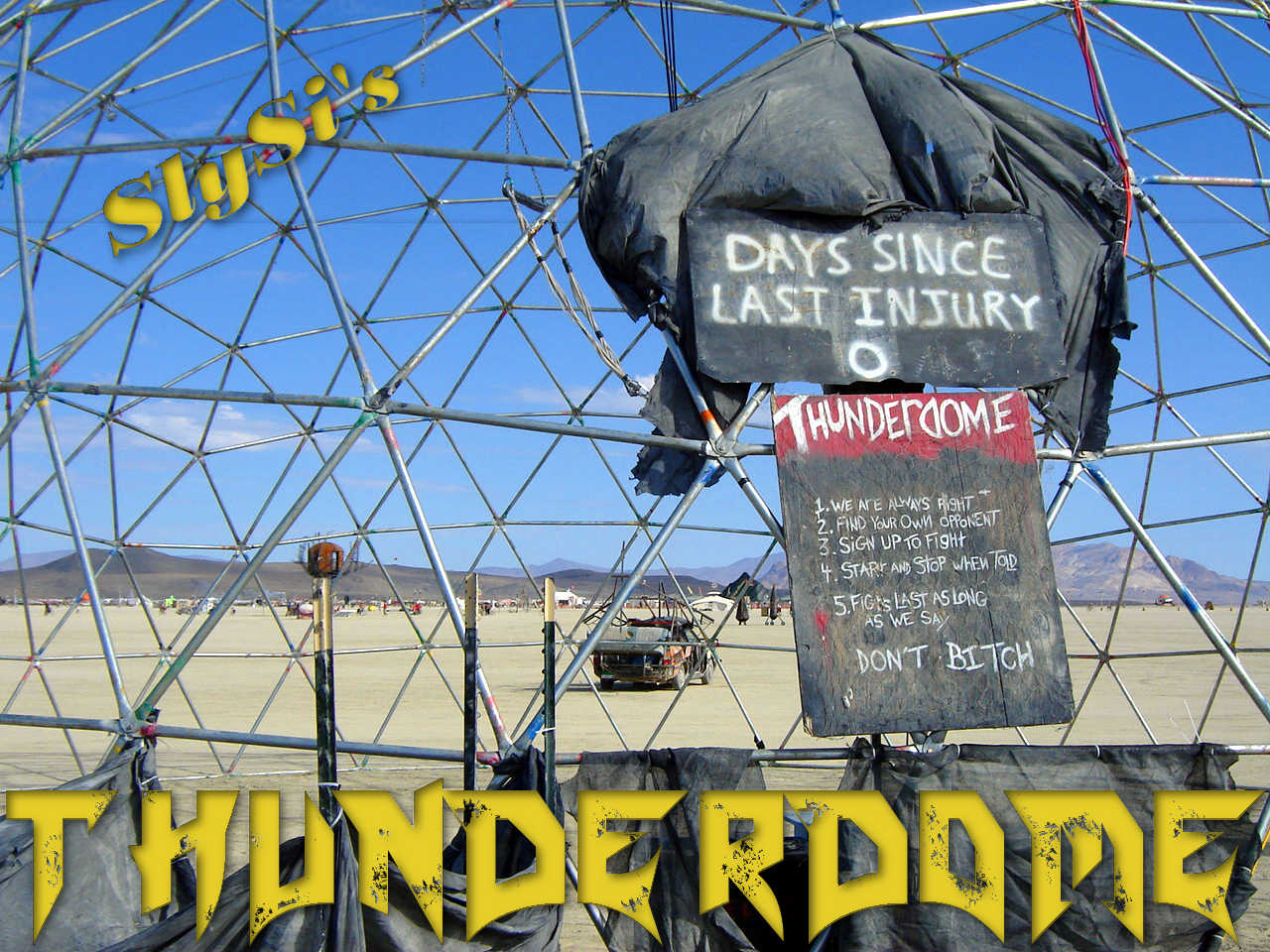 No refueling, no re-arming, the only wayout of the Dome is to win!
Try to escape and the Dome's advance electric defense's will cause you to explode !

ThunderDome is simple.
Get to your Aircraft's, use them any way you can, remain in the dome.
I know you won't break the rules cos there aren't any !