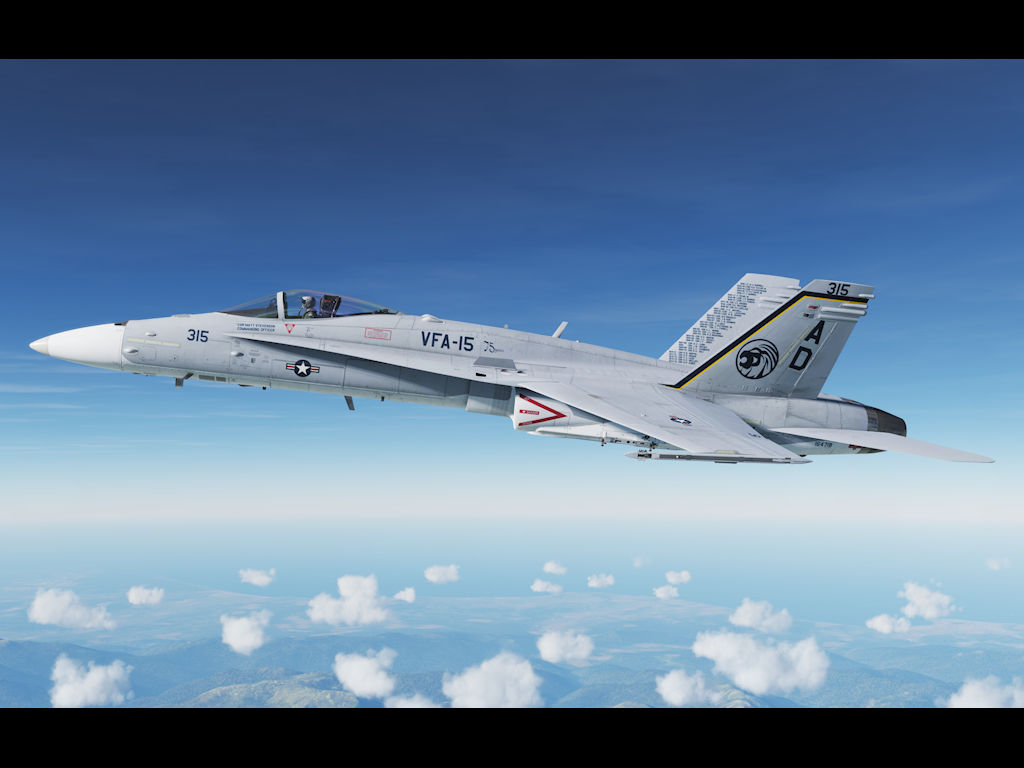 The inner surfaces of both vertical tails bare the names and dates of command of every C.O. of the "Valions"
during that 75 years.

This Hornet was used as an air display aircraft by the US Navy's Tactical Demonstration unit during 2017 and
several videos of it can be found on YouTube.
Tags: F/A18C Hornet, Hornet, US Navy Skin
FOLLOW US