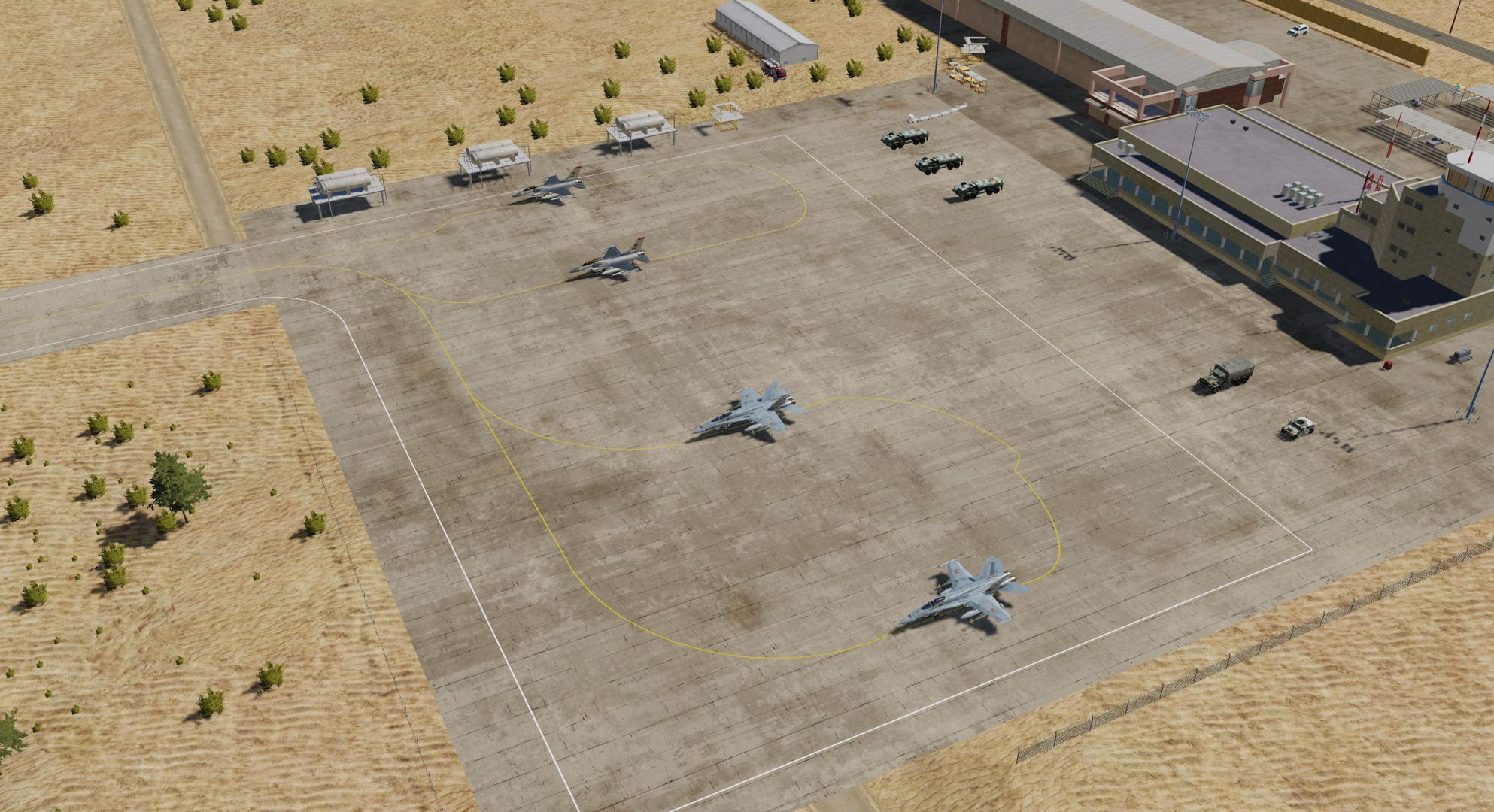 Type - Single mission
Uploaded by - Habu_69
I have modified a mission originally developed by Werewolf to include a JTAC who will lase the target for LGB attack by request using the F10 menu item. The revised mission also includes some additional voice messages and random events. No mods are needed.

Heavy losses inflicted by allied air power have enabled ground forces to advance within the provinces of FARS and BANDAR ABBAS and start operations in the province of KERMAN. HUMINT sources confirm location of CCC bunker on south side of Kerman. You will lead flight of 2 F/A-18C to destroy a command bunker. Expect robust anti-air defenses. Bunker reported as location of weekly general staff meeting at 0700.