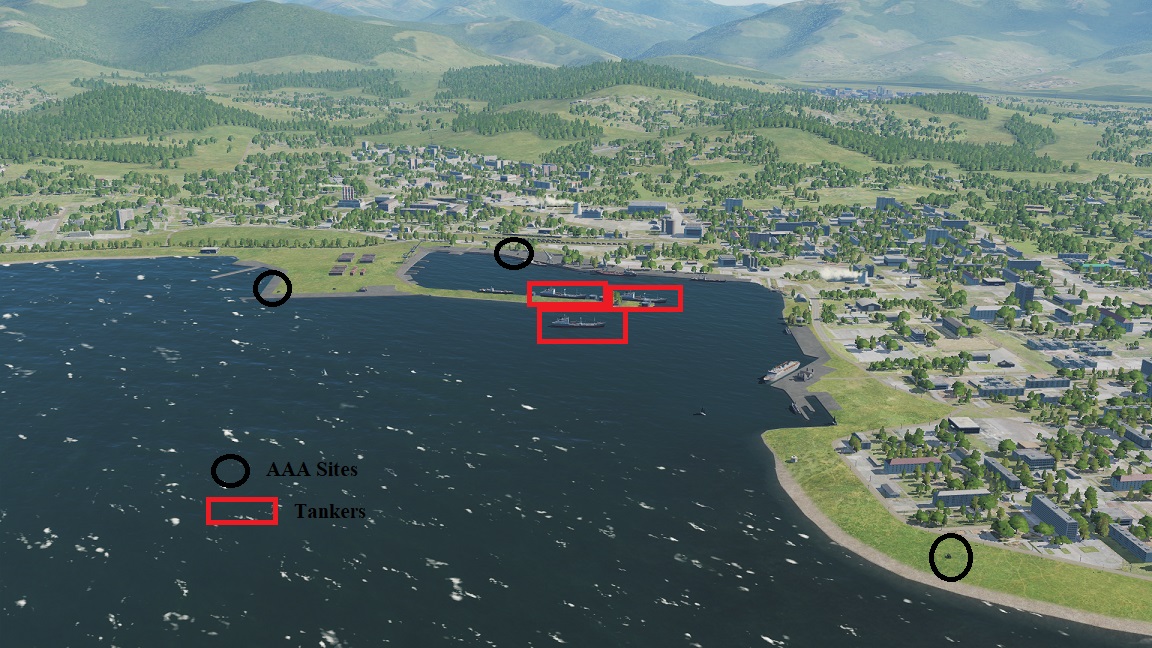 Type - Single mission
Author - Speedbrake
Your mission if you choose to accept is to destroy Batumi Harbor defenses and then after rearming, return to destroy enemy shipping. (Revised version)

This mission requires the "3-Ship USS Arleigh Burke Class" mod by Markindel (1-26-16 version, includes the USS_Cole) which can be downloaded from DCS Downloads>user files.  Add the folder to the "saved games/DCS openbeta/mods/tech" folder and/or “saved games/DCS/mods/tech” folder depending on which simulation you are using.


Reports indicate that three oil tankers have entered Batumi Harbor to off-load fuel to the enemy. Takeoff fr om the Stennis and fly via waypoints to Batumi Harbor wh ere you are to attack and destroy harbor AAA sites. Return to ship to rearm with MK-82S and return to destroy as many tanker ships as you can.

Return to the Stennis and land.