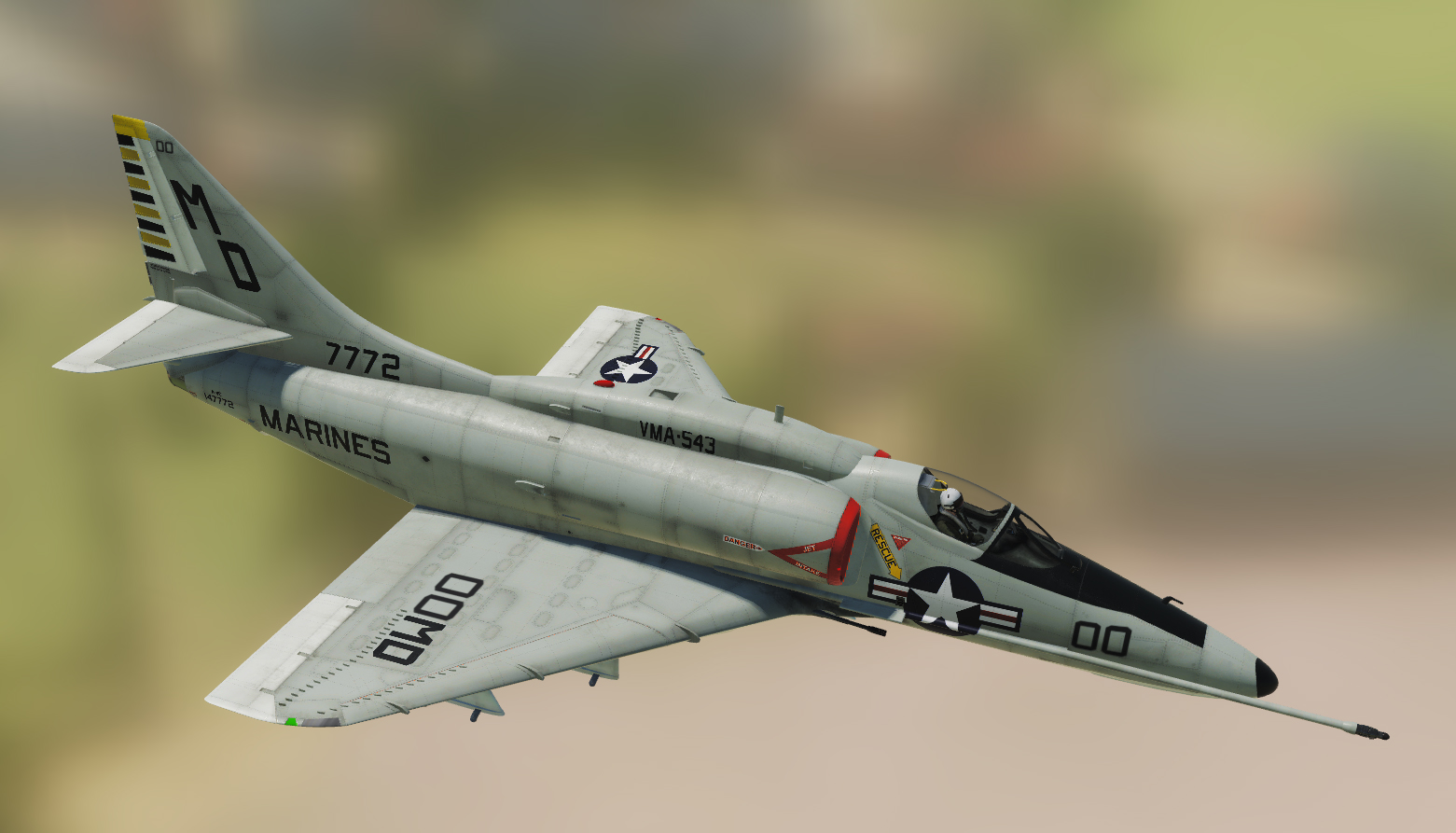 VMA-543 was commissioned in 1944 as Marine Night Fighter Squadron 543 (VMF(N)-133) and flew the F6F Hellcat in the World War II Pacific campaign.  In 1946, the squadron was deactivated, only to be reactivated later as VMF-543 in the Marine Corps Reserves.  The Night Hawks were later redesignated VMA-543, and in 1972 flew the A-4 Skyhawk until their disestablishment in 1974.