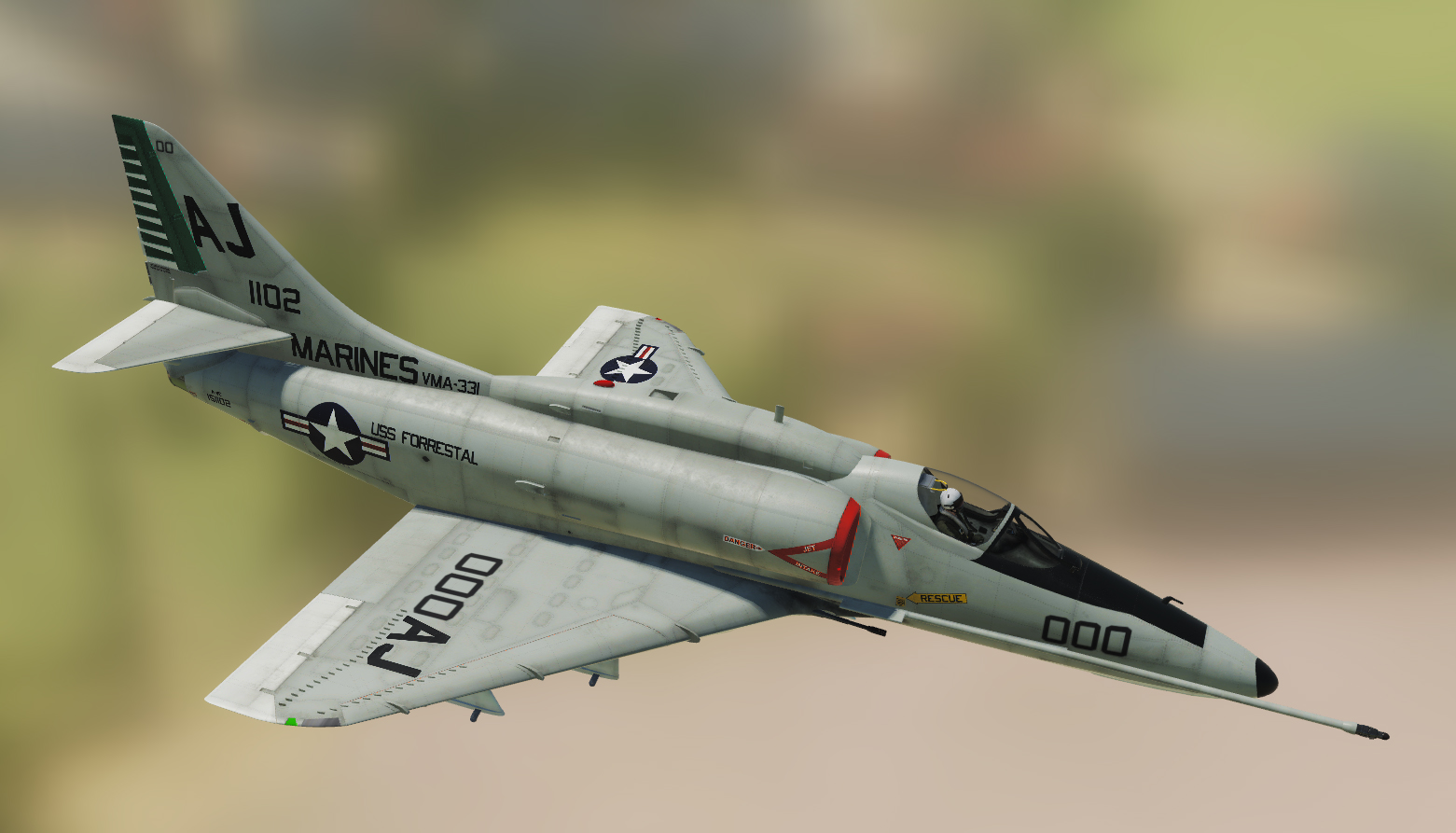 This skin pack has VMA-331 liveries circa 1964 deployed with Carrier Air Wing 8 on the USS Forrestal and a 1982 low visibility scheme.

VMA-331 was commissioned in 1943 as Marine Scout Bomber Squadron 331 (VMSB-331) and flew the SBD Dauntless in the World War II Pacific campaign.  In 1959, the squadron was deactivated, only to be reactivated in the 1950s as VMA-331 flying the A-4 Skyhawk.  The Bumblebees transitioned to the AV-8B Harrier in the early 1980s, and in 1985 became the first operational AV-8B squadron in the Marine Corps.  VMA-331 flew the Harrier in Operation: Desert Storm, and continued to fly the Harrier until its disestablishment in 1992.

If you have any squadron requests, please PM me.  If possible, provide top and profile views of the aircraft, preferably line art (much easier to extract color), and for CAG/CO birds, a close up of the tail fin is greatly appreciated.