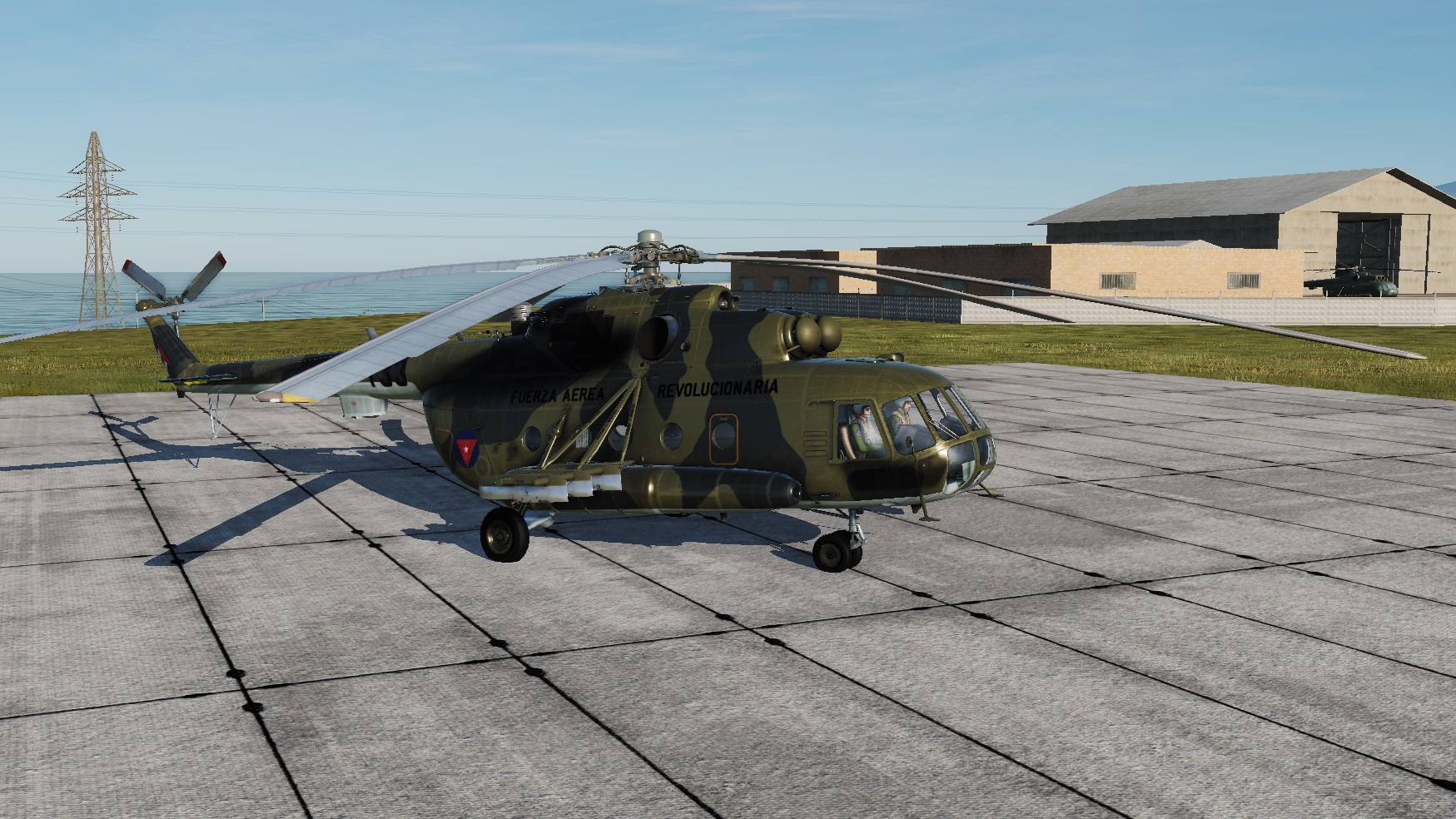 The file includes two textures: a green/blue one based on  based on pictures from static displays at the Cuban Air Force Museum in Havana, while the second is a dark green camo, which seem currently in use, at least based on the few available pictures from recent years.

Installation: the file is JSGME/OvGME ready, or you can manually add the two texture folders to your DCS...\Bazar\Liveries\mi-8mt . Alternatively, the Saved Games/livery/mi-8mt folder should work too (not tested).