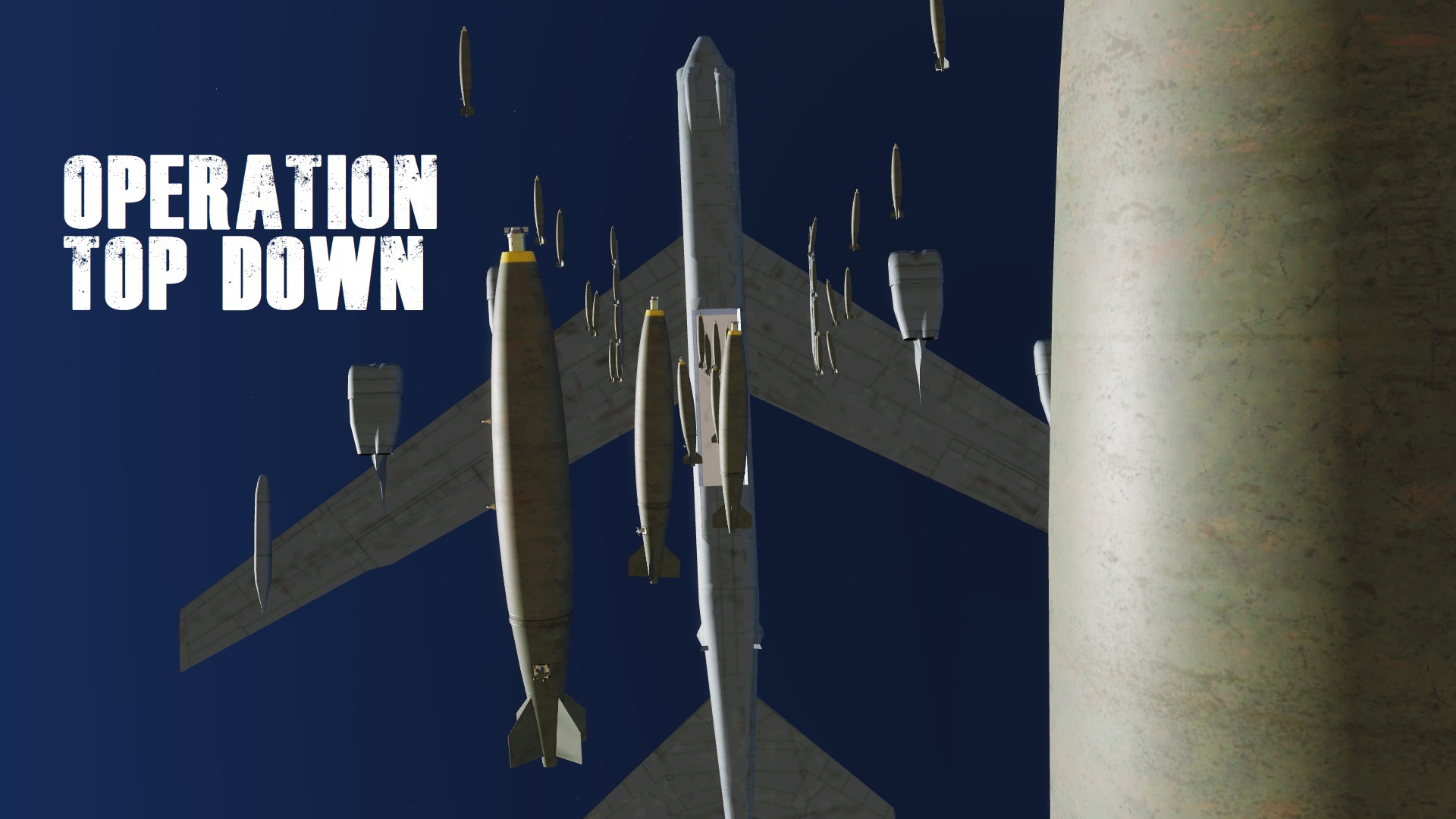 The B-52 group will be escorted to the target area by the USS Stennis Strike Group (JCSSG) aircraft.

Can be run as both a Multiplayer or Single-Player Mission.