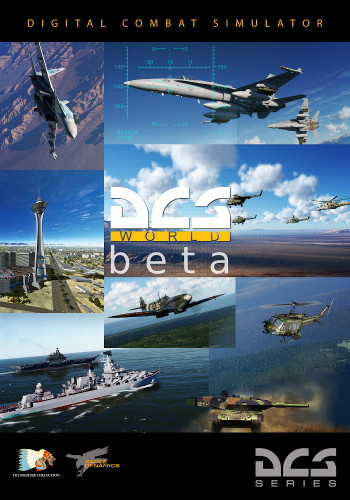 The Open Beta version of Digital Combat Simulator World (DCS World) 2.8 is a free-to-play digital battlefield game and simulation environment. The "release" version will be available shortly after Open Beta testing is complete. The Open Beta is an optional version of DCS World that we use to first test new content and technologies before moving them to our release version.

DCS World is fundamentally a deep, authentic and realistic simulation designed also to offer a more relaxed gameplay to suit the user and their particular level of experience and training. The ambition is to hand hold users from novice pilot all the way to the most advanced and sophisticated operator of such complex weapons systems as the A-10C Warthog or the F/A-18C Hornet. The only next step is the real thing!