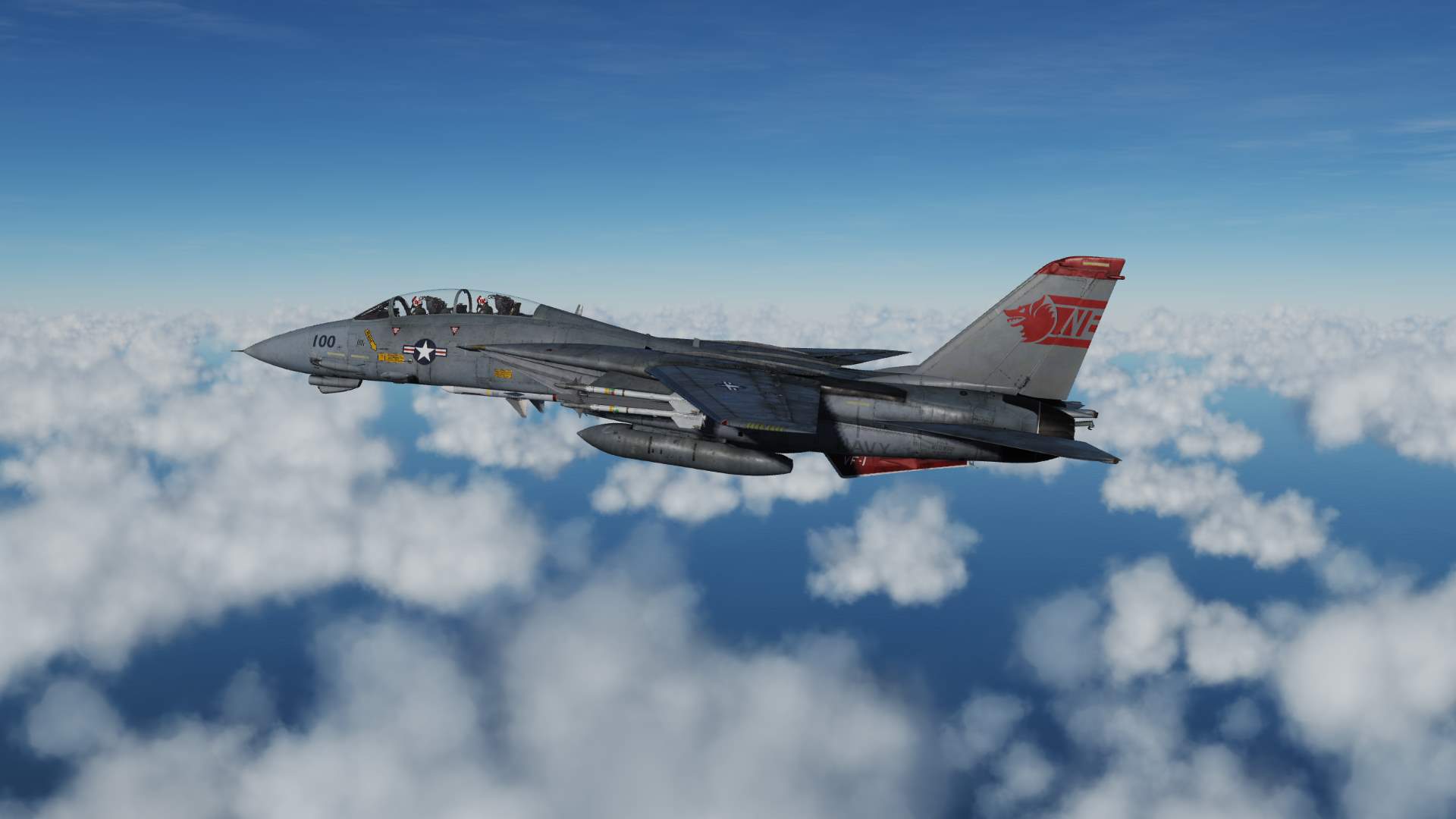 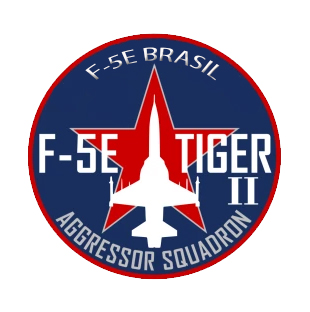 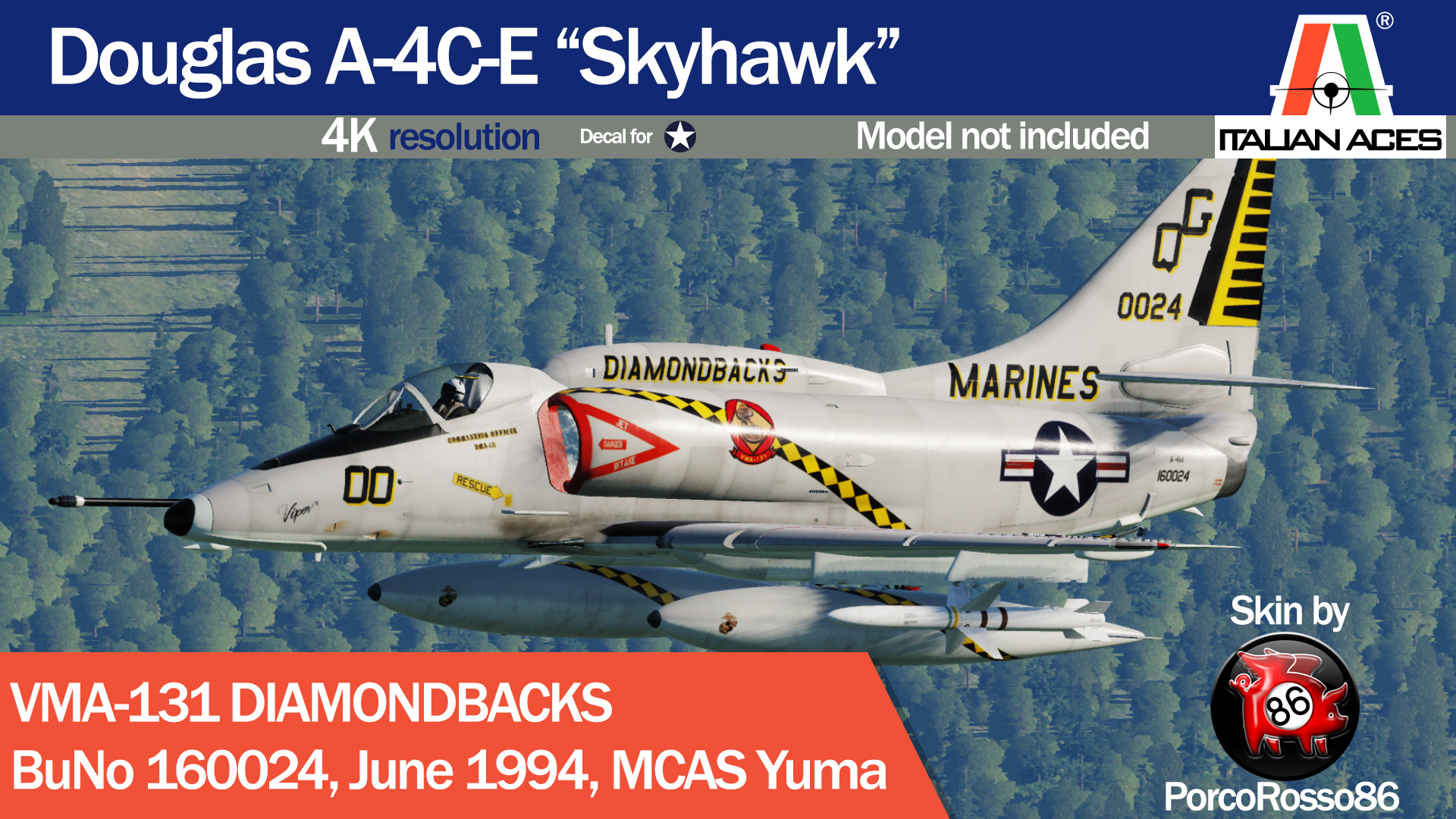 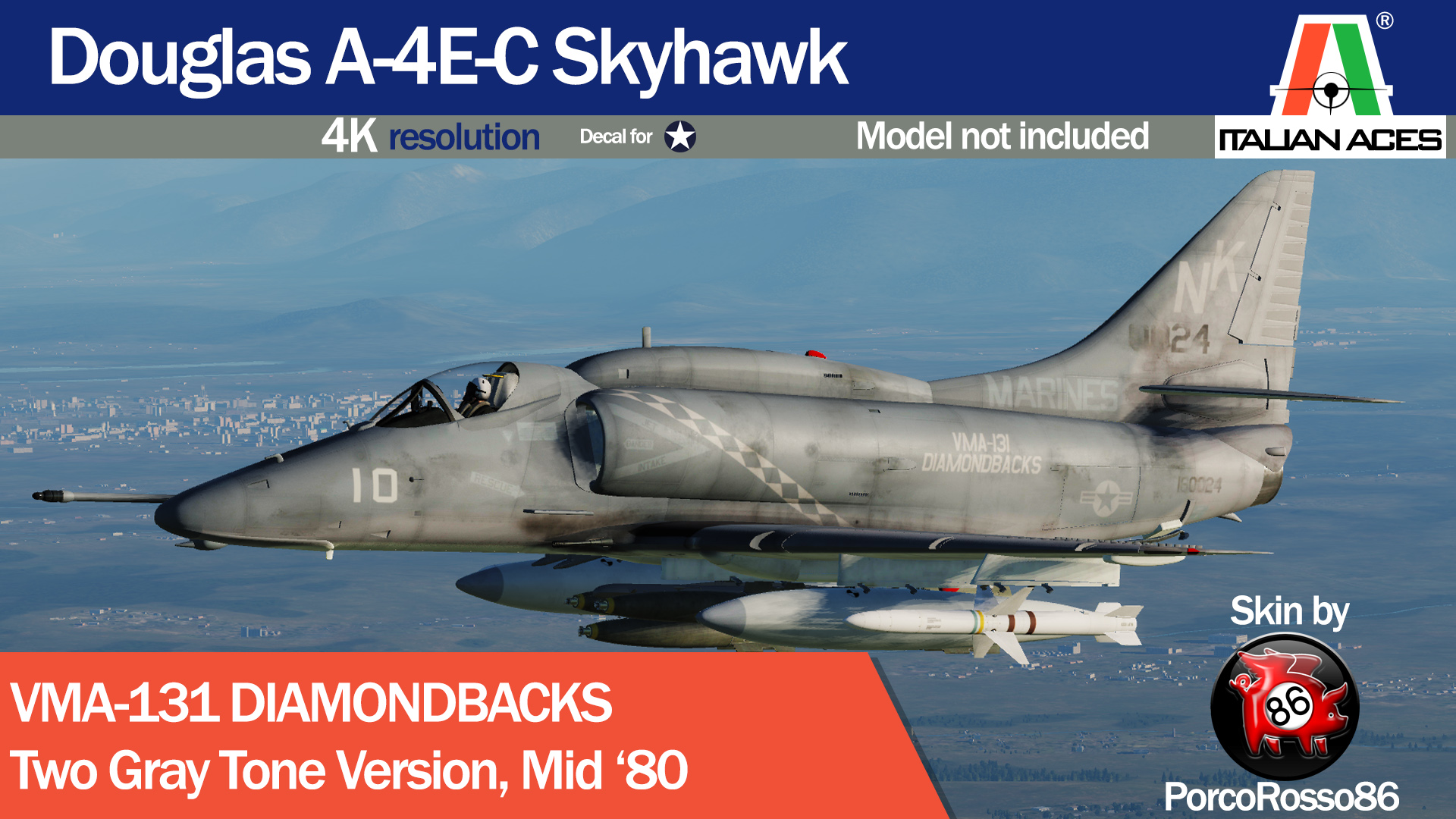 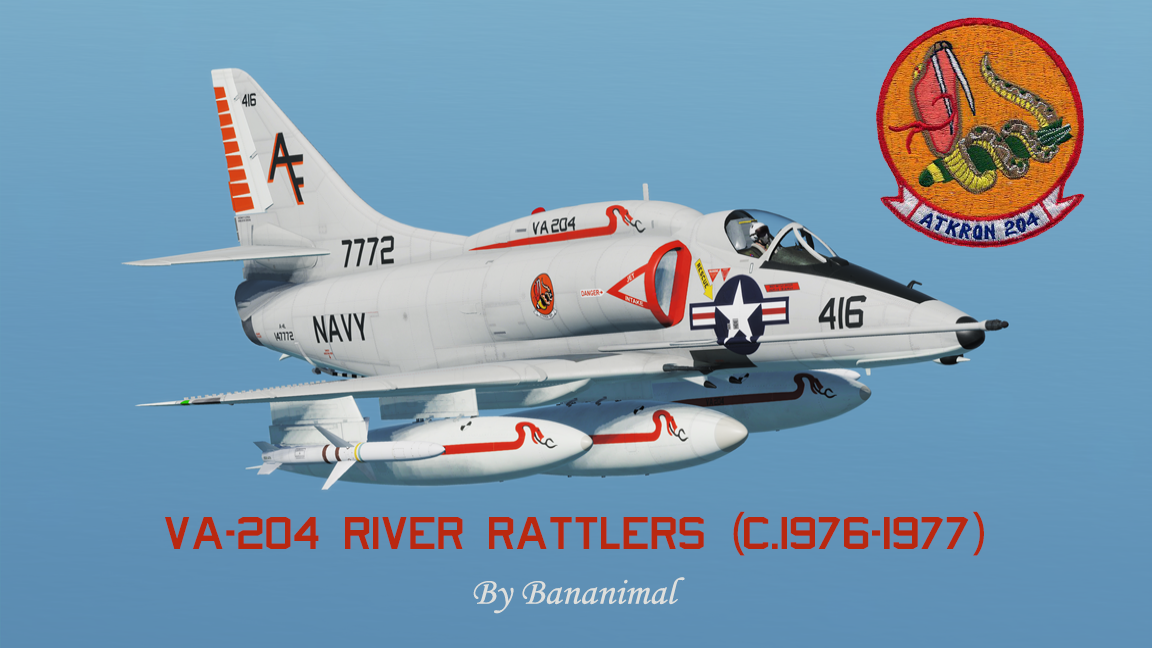 Typ - Anstrich
Autor - Bananimal
Attack Squadron 204 (VA-204) was established at NAS Memphis, Tennessee on 1 July 1970, flying the A-4C Skyhawk as part of a reorganization intended to increase the combat readiness of the Naval Air Reserve Force. The squadron was assigned to Carrier Air Wing Reserve 20 (CVWR-20). Shortly after transitioning to the A-4E Skyhawk in 1971, the squadron deployed for two weeks with CVWR-20 embarked on the USS John F. Kennedy, a Naval Reserve first.<br />
<br />
VA-204 won back to back CVWR-20 Bombing Derbies in 1971 and 1972. In May 1972, the squadron participated in exercise Exotic Dancer V, designed to test multiservice operations under a unified command organization. VA-204 received the CNO annual Safety Award for 1973, in recognition of over 5,000 hours of accident free flying for the year. In 1975, the squadron won the F. Trubee Davison Award as the "Best Tailhook Squadron in the Naval Reserve"
Tags: A-4E-C, A=4E, A-4C, A-4E Community Mod, VA-204 River Ratters
Download Details
DCS: World 2.7
Sonstige 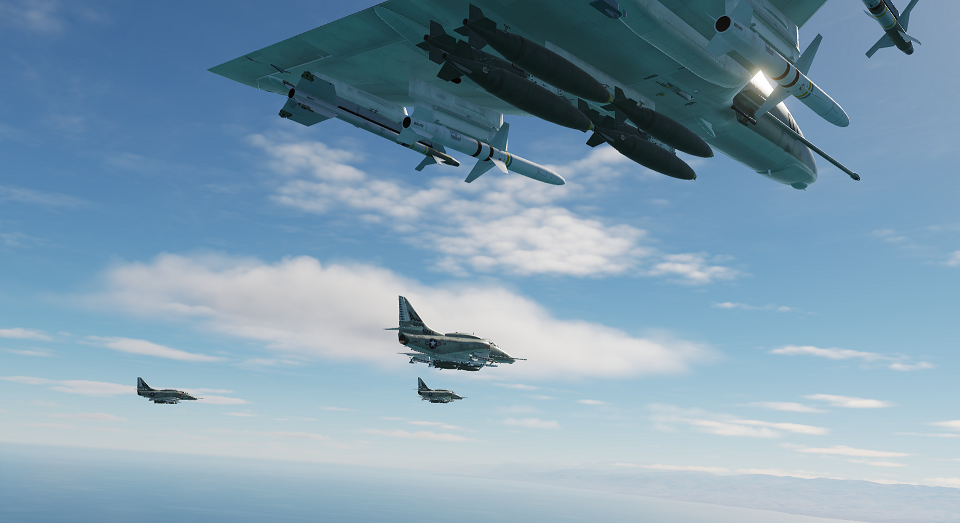 Typ - Einzelspielermission
Autor - triplemurray
Introducing "Operation sleepy weasle", This is as far as I can make it right now the best recreation of the mission from the film "Hot shots". As there are no available Oscar EW-5894 Phallus Tactical Fighter Bombers or Folland Gnats in DCS I have used the A4-C Community mod as a substitute. This is a long range single player mission with air to air refuelling, carrier take off and landing. Fly to Iraq and bomb Saddam's nuclear plant and villa and maybe even the man himself, on the way back the secondary targets are an accordion factory and a mime school.
Tags: hot shots, A-4C, film, weasle, 90s, Single Player Mission, syria, carrier operation
Download Details
DCS: World 2.5
Sonstige 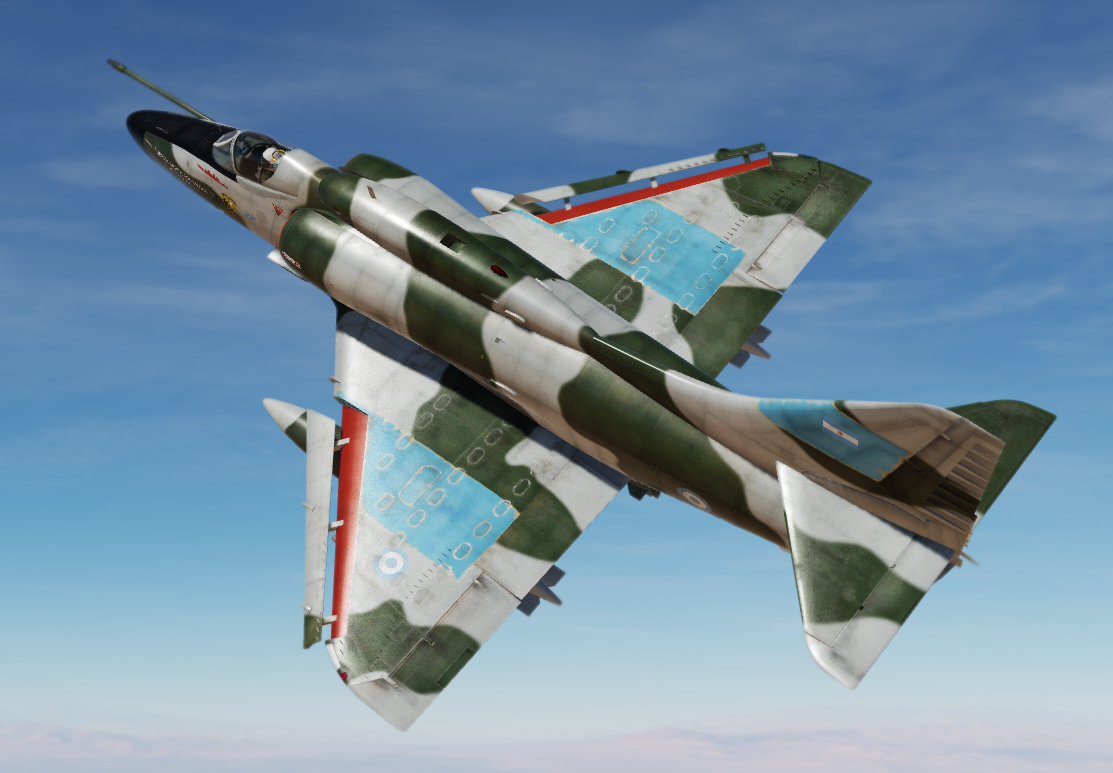