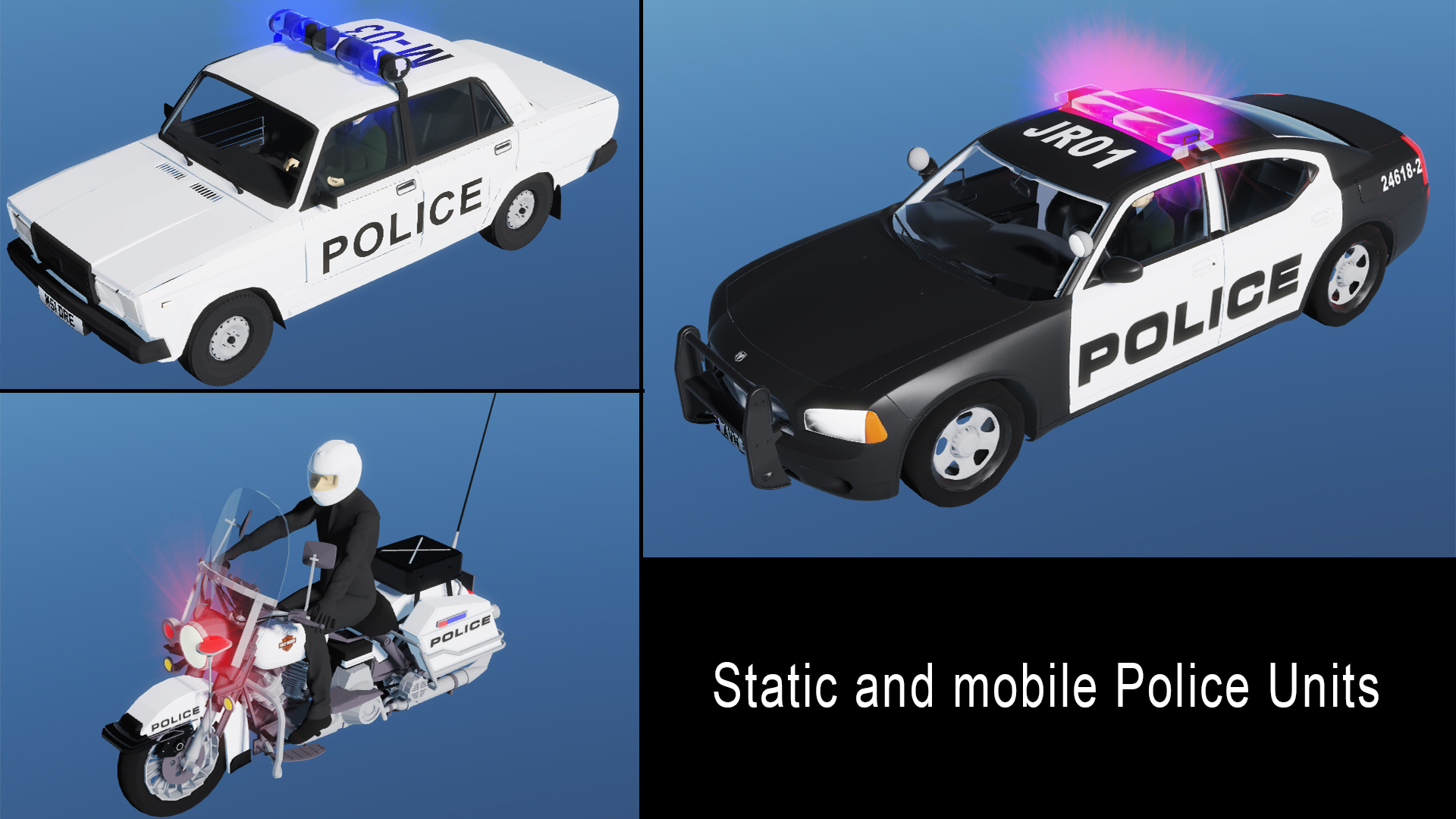 Items deleted are Joe's Heliports and Hospital, as well as most of the lights. 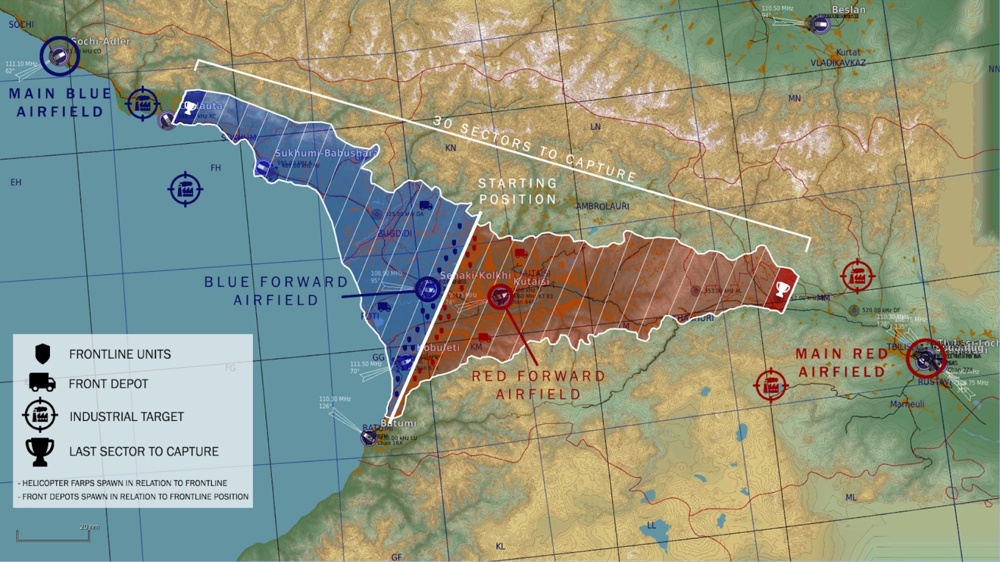 paste in your main install folder, or can be used with OVGME if pointing to main directory.
it will ask to replace the NAV DATA file, i have a backup file installed if you want to revert back.
if you already have a custom file, please back it up.
Download Details
DCS: World 2.7
AV-8B Night Attack V/STOL 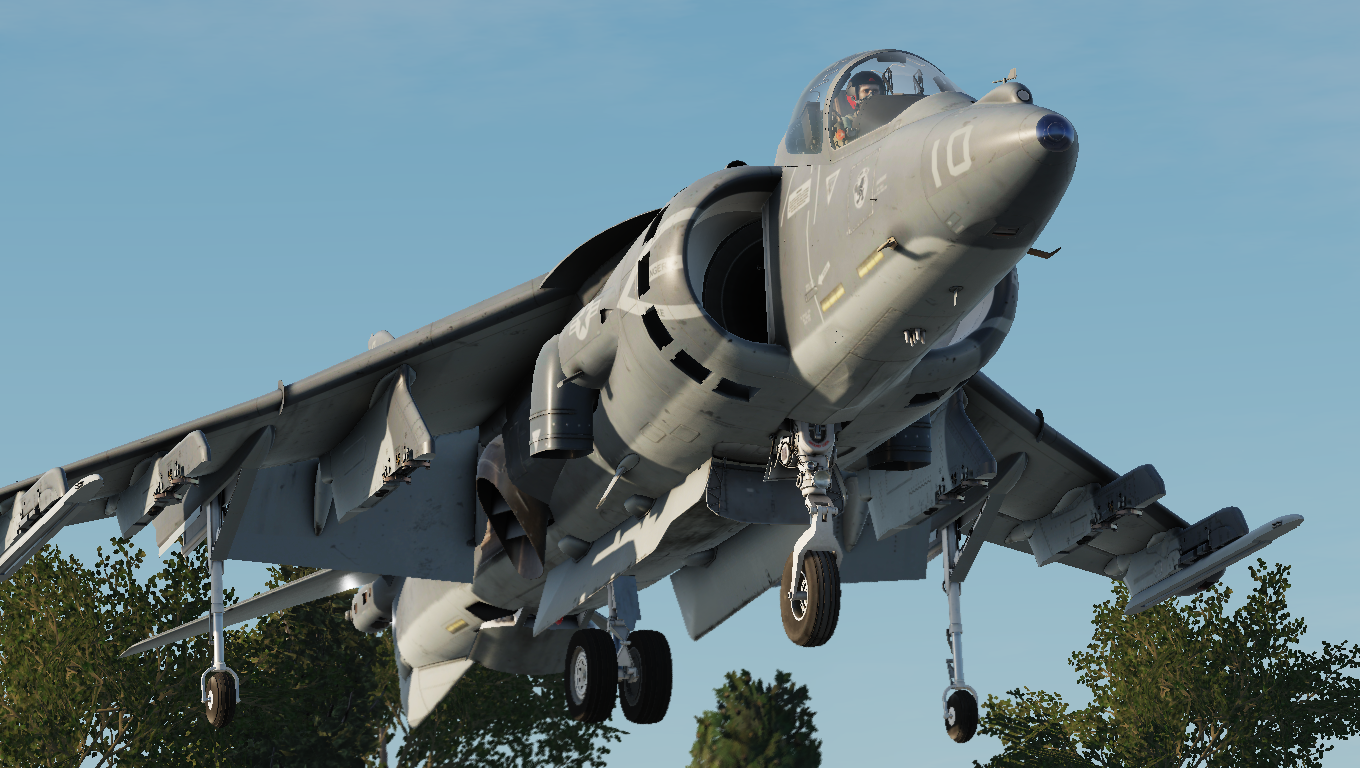 simply add theses line to you favorite liveries in the description.lua file and add the two provided map in yours folders (C:\Users\yourname\Saved Games\DCS.openbeta\Liveries\SpitfireLFMkIX\yourpreferedLivery 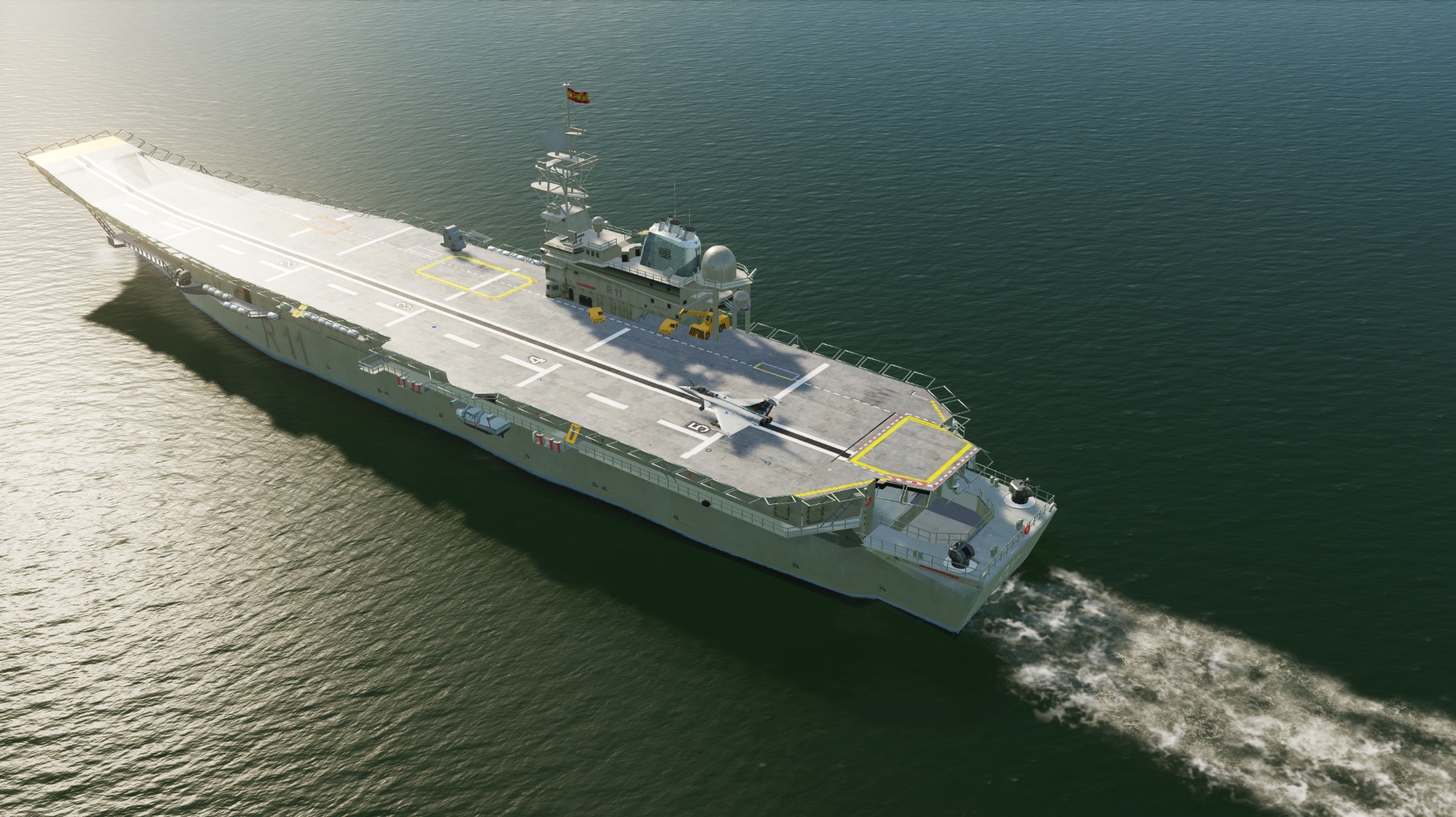 
We have been asked several times to redo work and make changes that's what it is.

The Rafale takes off impeccably from the ASTURIAS springboard, that's good, I know that there are take-off tests on a springboard

currently on the French side in view of future export.

I think our Spanish friends will appreciate this mod. 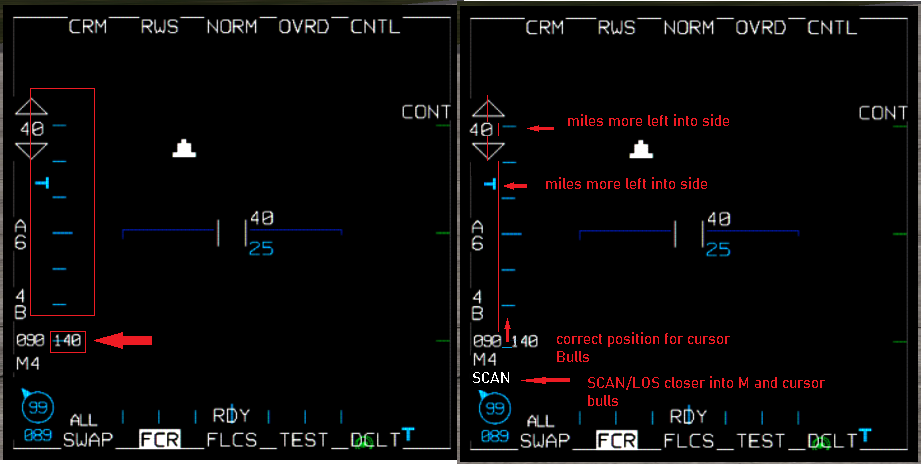 Typ - Mod
Autor - GERAK1
i made some changes into FCR Text in order to be realistic and for players to view clearer the cursor bulls details.

Right now the cursor bulls is on the last blue line so it is difficult sometimes to view the numbers there.

I change some parts of the code and i make it more realistic as it is in Block 50. 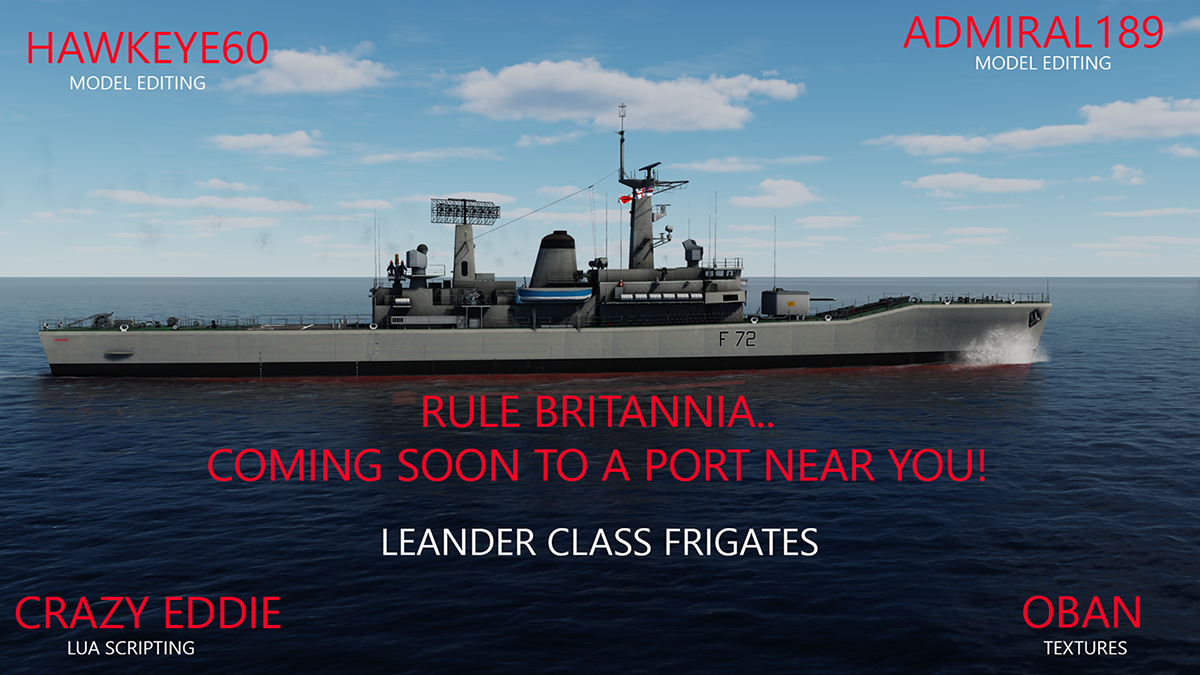 Typ - Mod
Autor - Keeno050
Backstory:- I fell in love with the Leanders as a kid, when the BBC series "Warship" was aired on TV back in the 70's, and also seeing them on Port calls to my hometown
Oban ( hence my forum name) and my late father was a matelot aboard HMS Daring in the 1950's. I made several of the "airfix" plastic kits back in the day too.

I purchased the model off CGTrader and tried to find tutorials on hot to put vessels in game, to no avail, and I though I'd hit up both admiral189, and Hawkeye60 to see if they could help.. the result is what you see today.

Full list of ships can be found here (I'm too lazy to type them a
Download Details
DCS: World 2.7
Sonstige 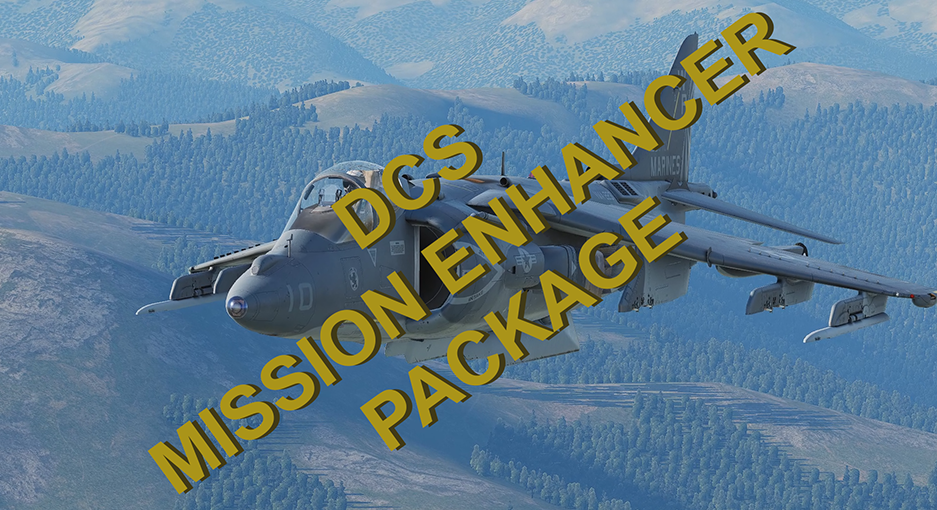 Typ - Mod
Autor - daemon1808
Mission Enhancer Package (M.E.P) allows you to enhance an existing mission giving you the hability to request support assets in a inmersive way during the mission.

This way you can face the mission in other way as was planned.
i.e you may do a TARCAP for a requested Ground Attack package instead of raiding the target by yourself
Or maybe a SA-15 is giving you problems? request a SEAD package to wipe them out!
Or maybe you are building a mission. Include the MEP and do not waste time planning the support packages. Leave the player to request them when and where he wants to!