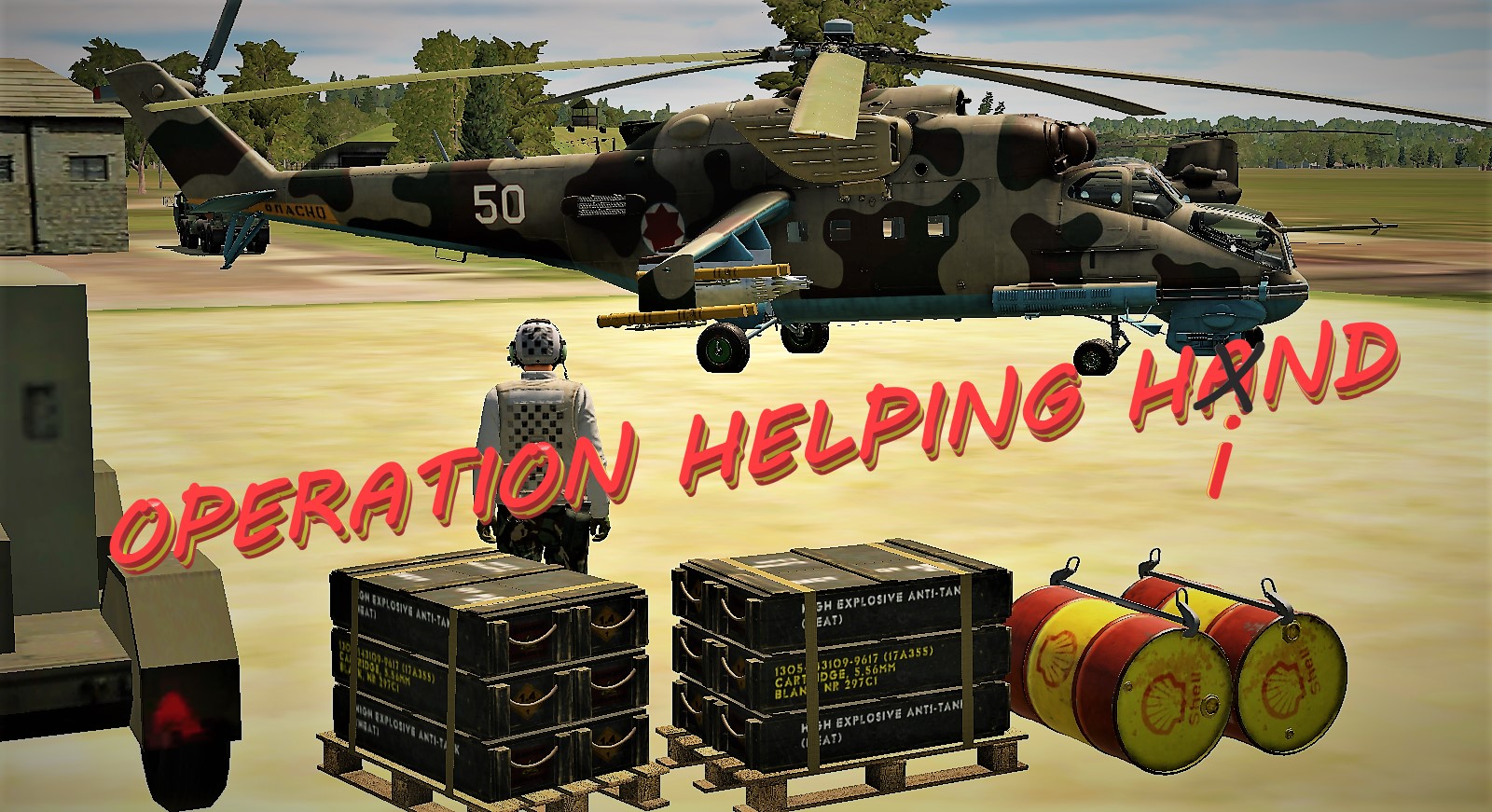 Typ - Einzelspielermission
Autor - sirrah
Allied forces are under heavy attack. They need supplies and reinforcements in order to survive.

You'll start from FARP TKAYA, approximately 6nm NE from the target area. Your task is to support our troops in Chuburhindzhi village (CAMP CHARLIE), just into Abkhazia territory. Reinforcement tanks are en route, but still about 60 minutes out. The mission objective, is to suppress all attacking enemy ground forces long enough, for these reinforcements to arrive.

You're free to choose on slingloading supplies to the front to activate support units, insert anti tank and mortar teams and/or take on the enemy forces by yourself...

- Mission difficulty can be considered medium to moderate
- Mission duration is ±45-70mins (depending choices/skill level)
- No mods required
- Excellent for training your Hind basic manoeuvres and sling load skills
- Mission created with intend of high level action, atmosphere and replay-ability
- Comms will be done semi-auto and with radio F10
- Short distances


Allied forces are under heavy attack. They need supplies and reinforcements.

In this mission you can choose to bring supplies and reinforcements to the front.

Check your kneeboard for pickup and drop zone details.

or take on the enemies all by yourself...


Mission objective is to defend our allies and suppress all opposing forces, until our reinforcement M60's arrive.

Features (all depending on players choices and all optional):
- Close Air Support action (practice your rocket and AT skills)
- Sling loading
- Pickup and dropping troops into combat (train your pinpoint landing skills)
- CSAR (dependent on choices made)
- Moving ingame briefing (just for the fun of it)
- Mission kneeboard


Mission designer notes:
- You have a cold and dark & hot Hind at your disposal
- Switching between clients won't break triggers and can be done as much as you like
- You can change loadouts as desired
- Infantry teams can only be inserted once, so don't crash when you have them on board
- The first 15mins until sunrise, it'll be quite dark, so the drop locations red smoke may be difficult to see
- You have only 50% fuel, to be able to carry weapons + sling load. Refuel/rearm at Tkaya when needed