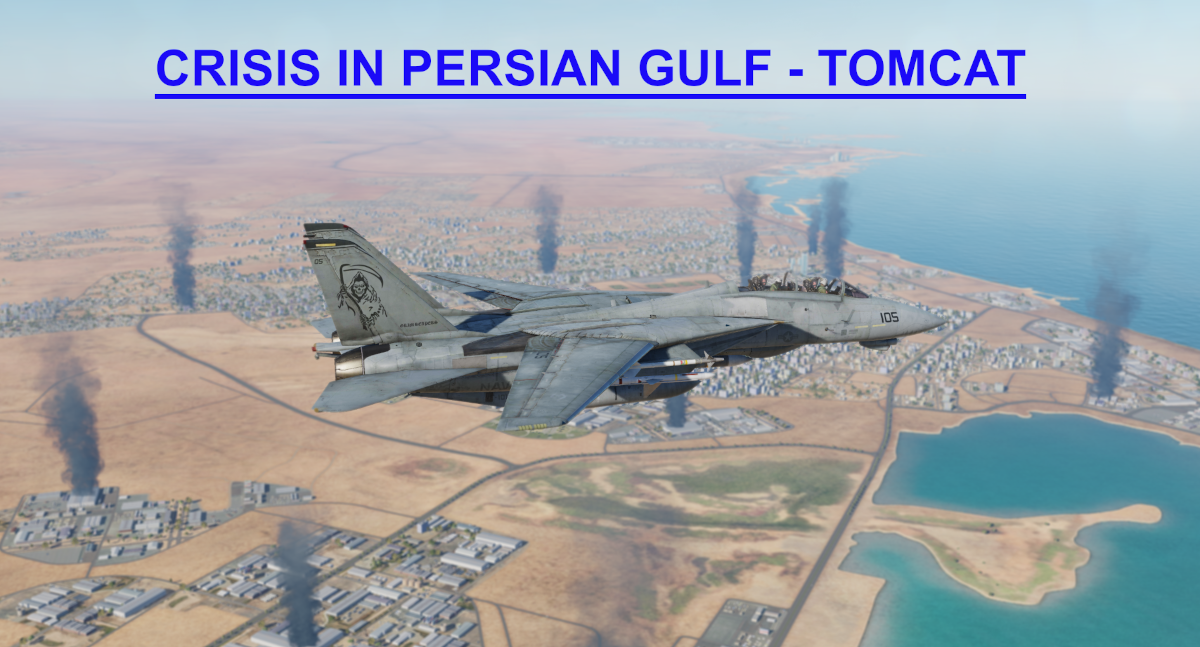 Typ - Kampagne
Autor - CEF
Iran attacked Oman and several landing points are reported north of the peninsula. We do not know what the final objective of the Iranians is, but it is feared that they will rush south to invade the UAE taking advantage of the surprise and the relatively weak forces at the moment.
You are part of  VF-101 based on CVN-71 Theodore Roosevelt. Your goal will be to repulse Iranian troops from Oman. Good Luck !

Light version to try to be more FPS friendly

Using Mbot Dynamic Campaign Engine modified by Miguel21. Fly the Tomcat in an immersive dynamic system which will record your destructions and losses. Each mission will be different with CAP, ESCORT, INTERCEPTIONS, etc... You will have support by Tankers, AWACS and many allied fighters and bombers.  Please read the PDF file to install and play this campaign Ready for DCS World OpenBeta version easy to adapt for released DCS World Version (if compatibility exists).
New ScriptMods with many improvements and bug fixes (see PDF)
You can play this campaign in MP
If you have questions or if you want to find more campaigns look here  : "https://forums.eagle.ru/showthread.php?t=191858"
Tags: dynamic campaign, Tomcat, F-14B, SP, MP
Kommentare werden geladen...
FOLLOW US