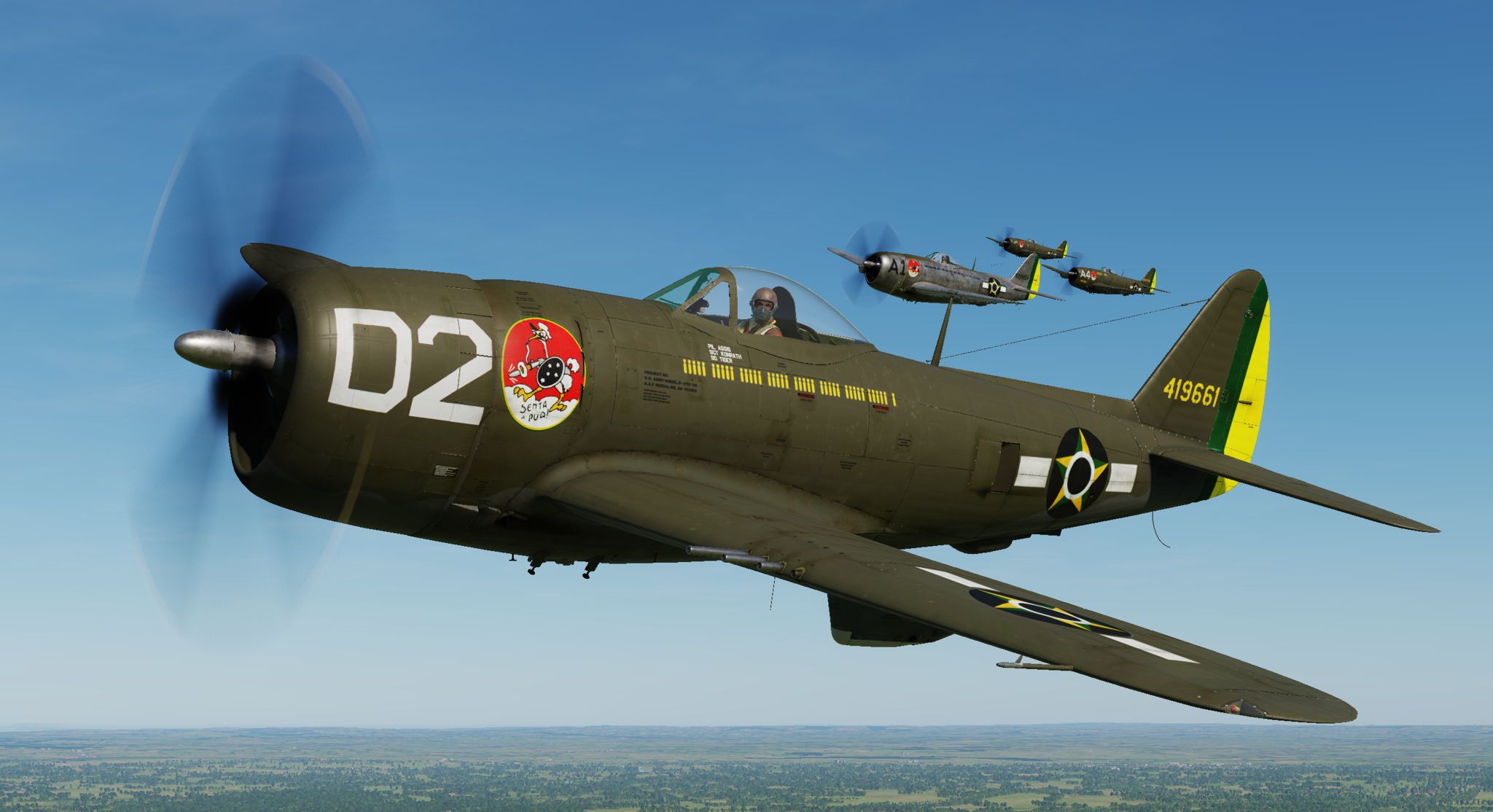 About this Livery:
The livery is as historical as possible.
1st Lt. Assis flew 41 combat missions during WWII. He flew most of the time as "Green Two" on his "D2", a P-47D-28-RE SN 44-19661.On Jan,21st,45, he was shot down flying this plane. He managed to bail out, but was captured by german infantry. He was liberated after the war. He returned to Brazil and commanded several units. He married and had 2 sons and 2 daughters. He retired as General.

Extra fact about this airplane: The Assistant Technician, Sd Heitor Tider, left the Brazilian Air Force once back to Brazil and went to work for Varig Airlines as a Technician, managed to do Pilot Course and get all his licenses and evolved in Varig as a pilot to retire as a DC-10 Captain.