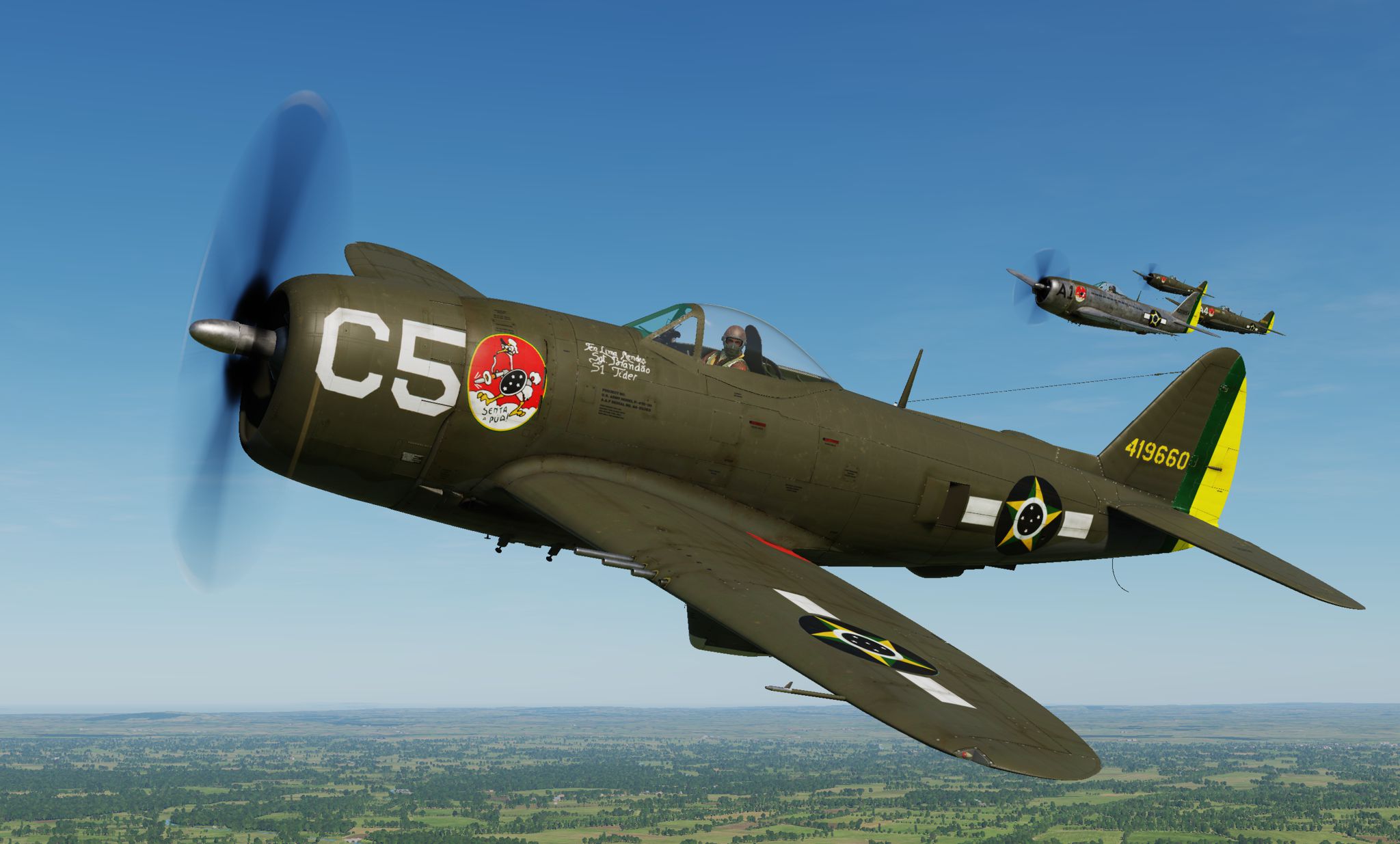 About this Livery:
The livery is as historical as possible.
2nd Lt. Lima Mendes flew 95 combat missions during WWII. He flew most of the time as "Blue Five" on his "C5", a P-47D-27-RE SN 44-19660. He was the pilot that inspired Cap Fortunato do draw the face of the Ostrich in the Jambock Squadron Patch. After he return from the war to Brazil, he became a Fighter Instructor Pilot in Santa Cruz Air Force Base. On July, 30th, 1947, while landing at that base, his wingman collided with leaving no chance to bail out. He died when the airplane impacted the ground. He has a statue at Santa Cruz Air Base to honor him.