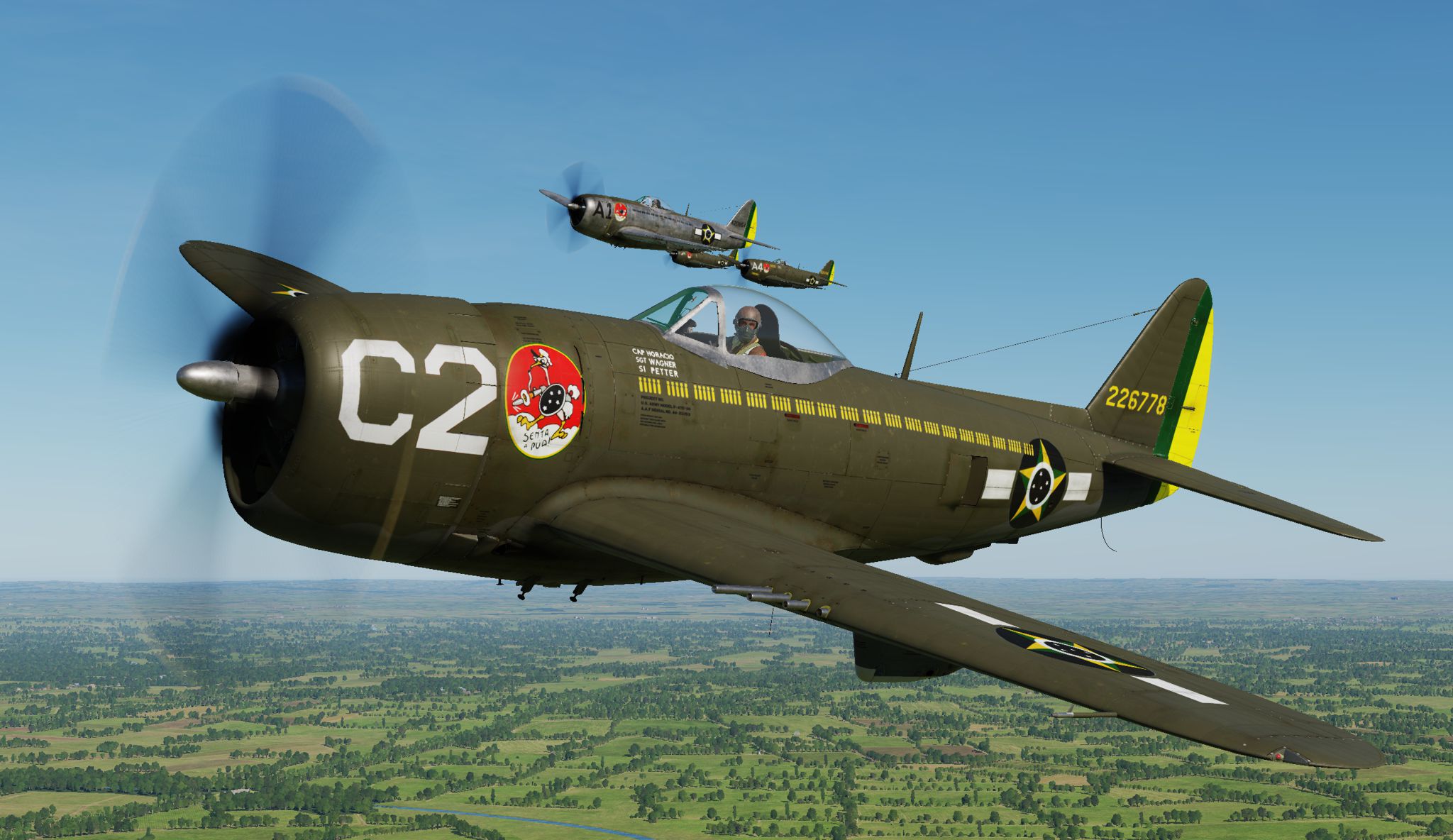 About this Livery:
The livery is as historical as possible.
1st Lt Horacio flew 94 combat missions during WWII. He became an awesome flight lead and he had an outstanding visual perception. Once he saw an American Tank Collumn way deep in enemy territory and reported it once he returned to Pisa. He was ordered to go back and attack it and he refused. After a lot of talk, they discovered this breach in the German Line and the American and Brazilian Armies invaded north of Italy. This, eventually, lead to the German final defeat on this theater of operation.