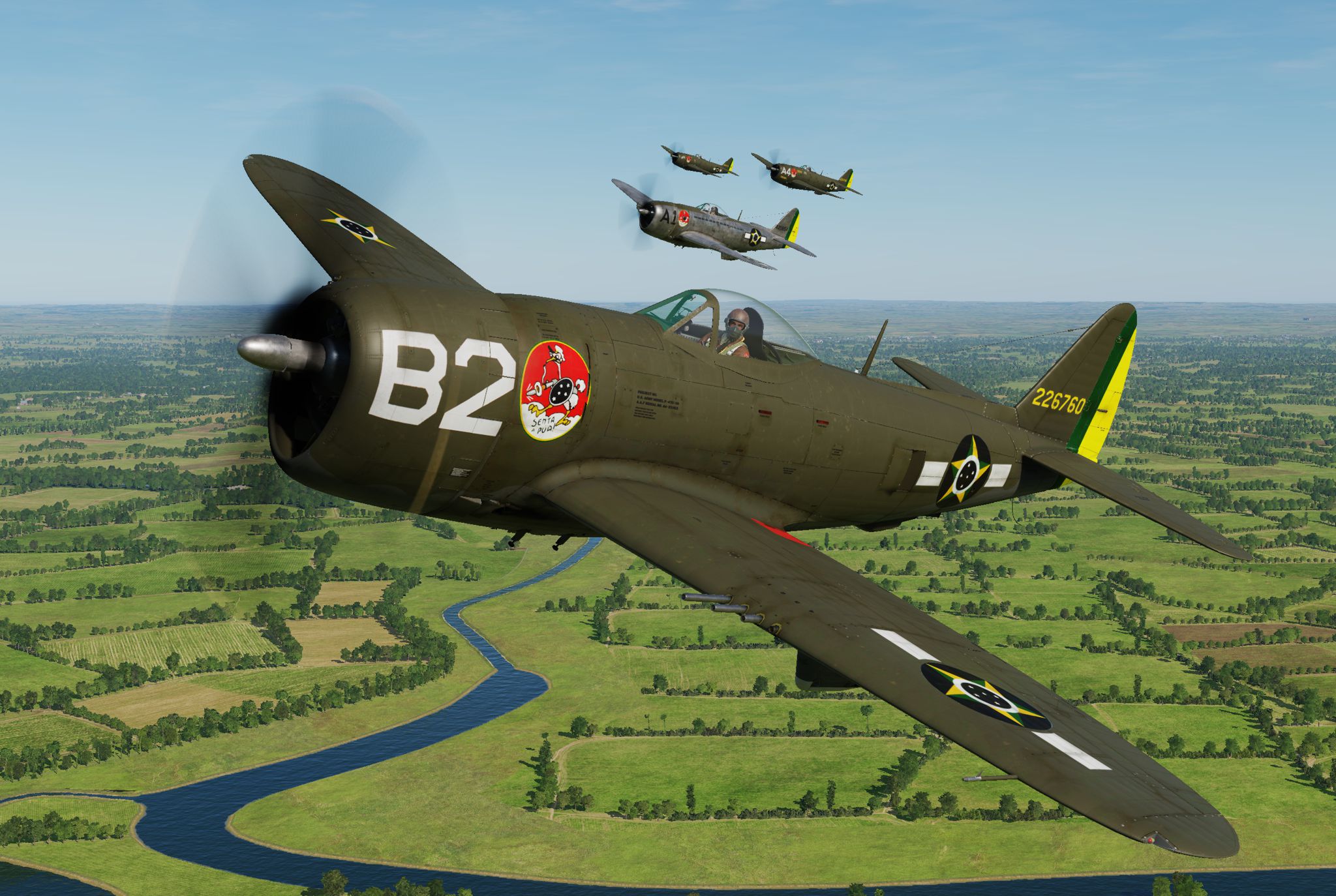 About this Livery:
The livery is as historical as possible.
Cap Pessoa Ramos flew 95 mission during the war flying, most of the time, this aircraft, Olive Drab "B2" P-47D-25-RE SN 42-26760, callsign "Yellow Two". He opted for not putting his name on the plane nor bomb marks.
After the war he went to USA to bring brand new P-47Ds to Brazil. He continued on the Brazilian Air Force as Fighter Instructor commanding many units, including the Santa Cruz Air Base, home of the Jambock in Brazil.
Once, in February, 1967, already as Colonel, he landed smoothly a C-47 in Vitoria, Brazil, taxied in, right after he parked the plane he died calmly on the controls. The first officer had to shut down the engines of the plane. He passed away as he wanted, peacefully and in an aircraft controls.

2nd Option
Extract the 1st Brazilian Ftr Sq-Jambock B3-Canario folder to your C:\Users\"YourUserNameHere"\Saved Games\DCS.openbeta\Liveries\P-47D-30 folder
If you don't have that folder, you may create it.
Remember to double check your HD drive letter and Saved Games destination folder.

I am just starting to make DCS Liveries, so be gentle and feedback is well accepted. Btw, there is a texture problem on the side insignias that I could not solve. The rearmost part of the lateral insignias are kind metallic. I think it will be solved with the future template.