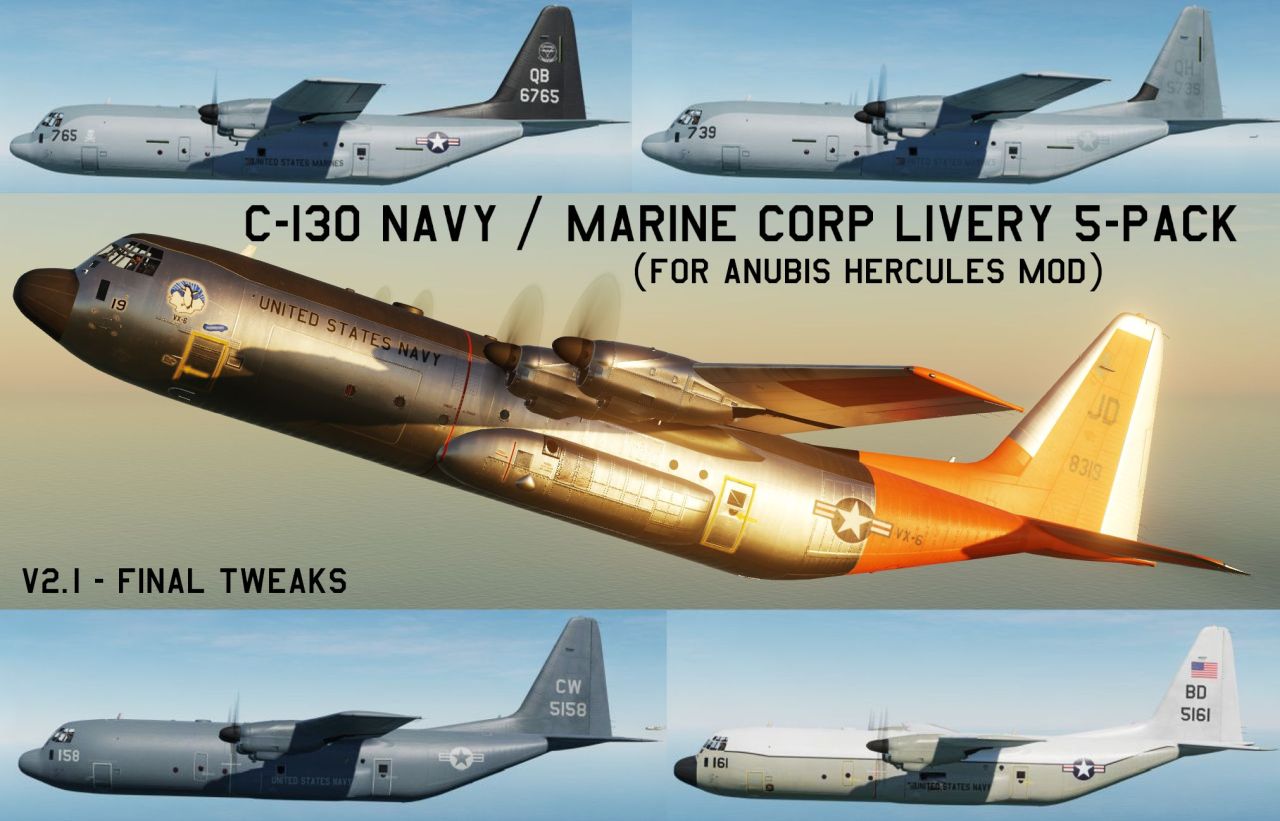 I am sharing this pack of 5 Navy/Marines liveries to complement the already impressive set of global skins made by the various community members. This pack includes:

Credits: Skins were made by me, using Strider's C-130_Template

Note:
with version 2.1, there are more common files to reduce overall file size. Common files are in the "CLP common" folder - which is required for all the skins in this pack

These liveries were developed by request to have more Navy/Marine representation for the Anubis mod. They are not necessarily from C-130J-30 variants but are Navy/Marine liveries that I found interesting or had historical significance in the C-130 legacy. As such they are artistic representations of subject matter of my choice.

Version 2.0+ includes custom normal maps which unfortunately significantly add to the size of the pack. However, it is necessary to achieve the "look" that I wanted.
Tags: Skin, C-130
FOLLOW US