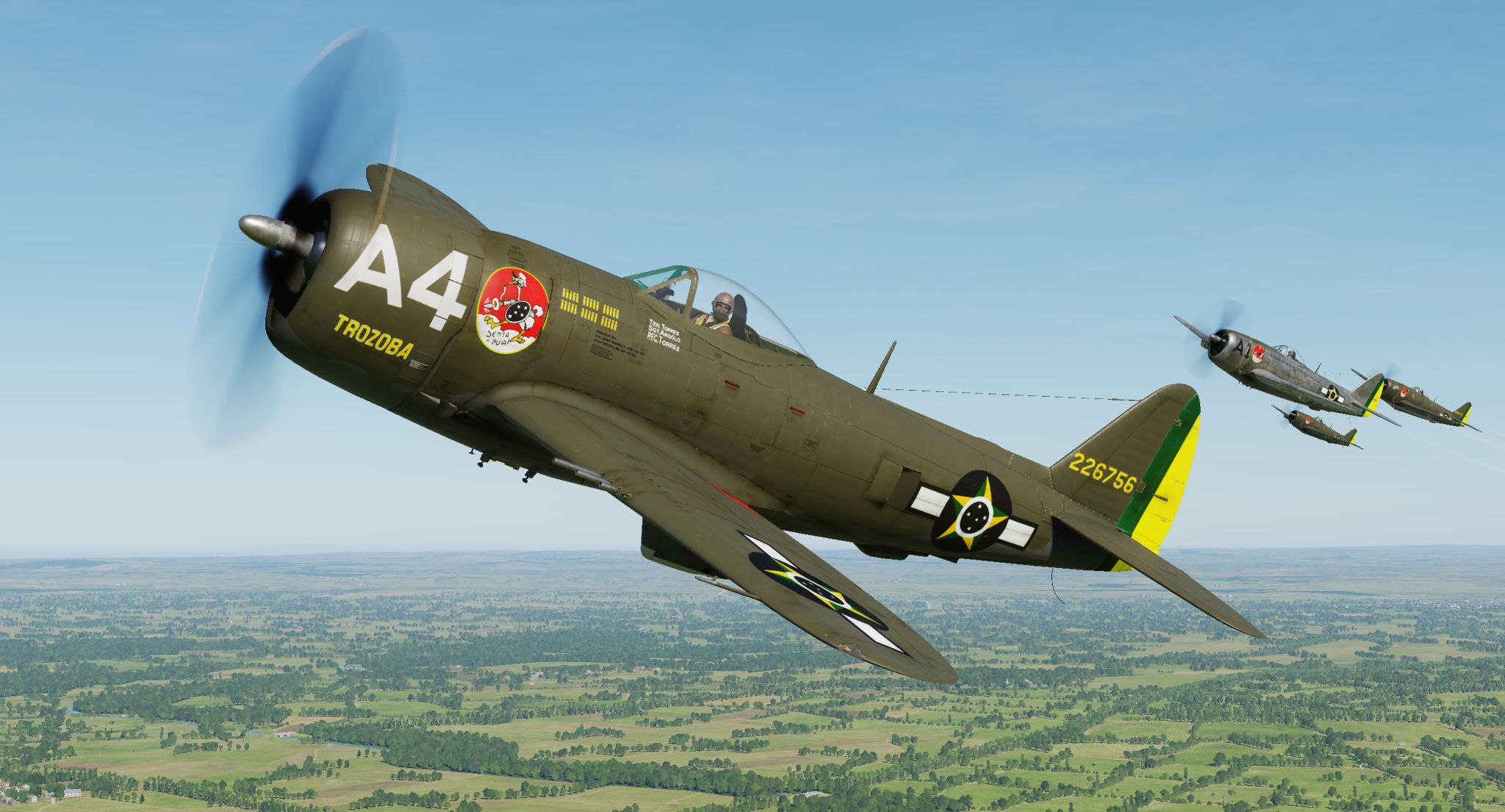 About this Livery:
The livery is as historical as possible.
2nd Lt Torres flew 93 combat missions during WWII in Italy. Before that he flew coastal patrol in Brazil. On July, 31st, 1943, he sunk the German U-Boat U-199 with a Catalina named "ARARA" just south of Rio de Janeiro Coast. 43 german submariners died, but 12 survived, including the captain. If you are curious, see https://en.wikipedia.org/wiki/German_submarine_U-199

During WWII, Torres managed to be the pilot that flew the most sorties, a total of 99 offensive and 1 defensive (not included on his grand total).

This airplane was a P-47D-25-RE SN 42-26756. There is a pair of pictures of this airplane as portraited in this livery. Torres used for a while the word "TROZOBA" on its nose, but it was removed later on. "TROZOBA" is a brazilian slang that means something like "Male Organ", but not in an offensive way. The airplane did not have an insignia under her left wing nor on the top of the right one. At the point of the included picture, he had flow 30 missions. And, yes, the "A" letter was misaligned.