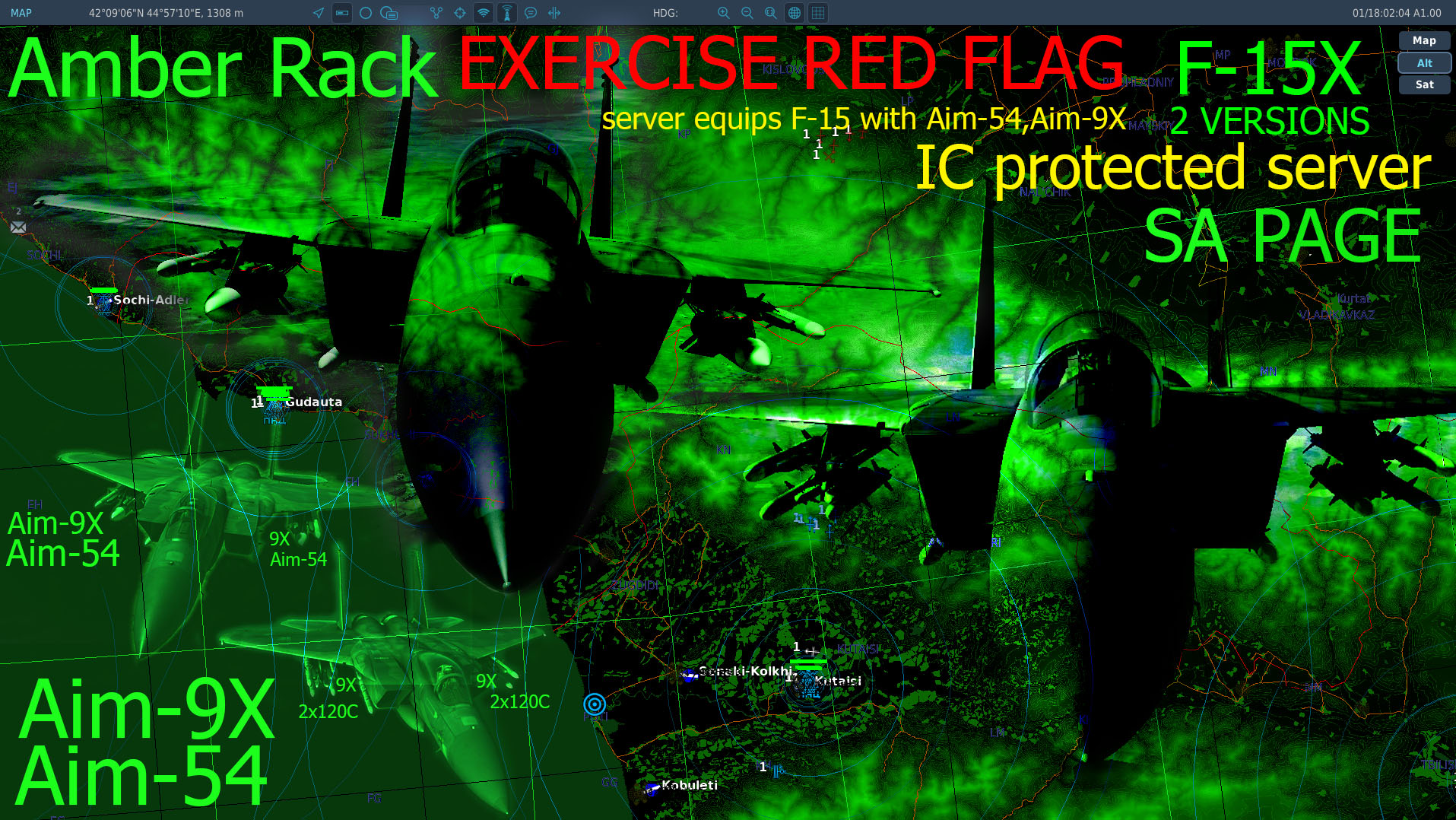 Typ - Anstrich
Autor - musolo
Fly F-15X auto rearmed with Aim-54 and Aim-9X on  IC compliant(when PvP) "EXERCISE RED FLAG" multiplayer server. NO MODS NEEDED. MFD/DataLink like color  palette for F10 "Alt" mode. Originally developed for "Fog of War" option enabled on the server to compensate for the lack of DataLink(DL) for F-15 and Mig-29.  As server is intended to represent Fictional scenarios of modern day and future air combat and bring up both coalitions to a new level of their best ability and ensure their maximum combat effectiveness.Thus F-15 has Data Link and Aim-9X on the server. So it is next to impossible to sneak your way to it and stay undetected on our server. And good luck beating it in a dogfight now) Coz when it uses vertical scan with aim-9X it is practically same off Bore effect as that of HMD (50 degrees).
The maximum vertical scan range is about two HUD heights above your upper HUD frame. No need to drain speed to turn towards bandit. Just roll and shoot))) Details in the descripion.