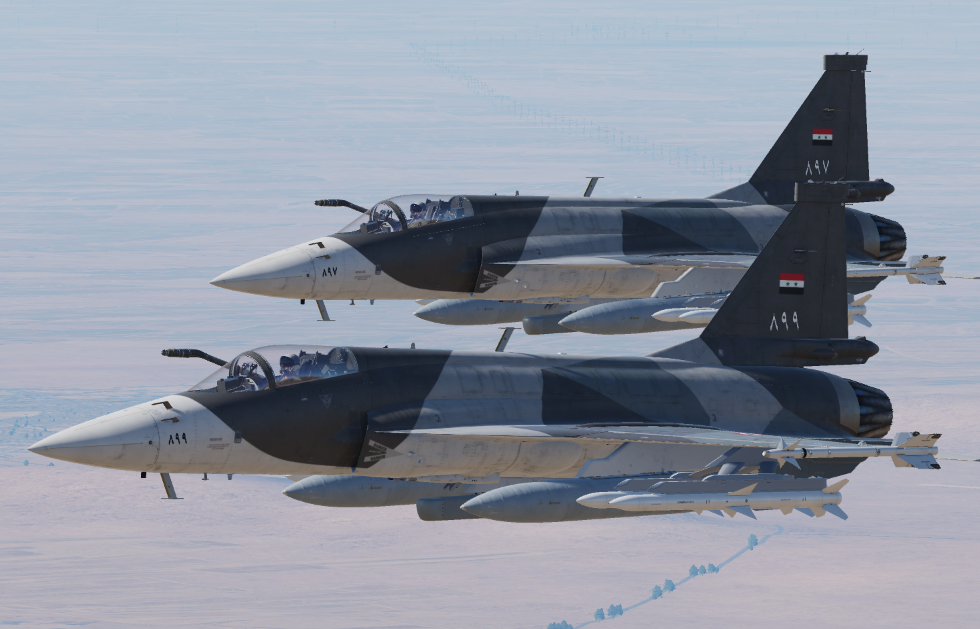 Fictional livery Syrian Air Force Livery for the JF-17. The Squadron Number is No 12 Squadron which currently IRL uses MIG-21Bis and was prior to the war based at Tabqa, I assumed that if Syria was to receive some modern jets they'd probably want to replace the MIG-21 first