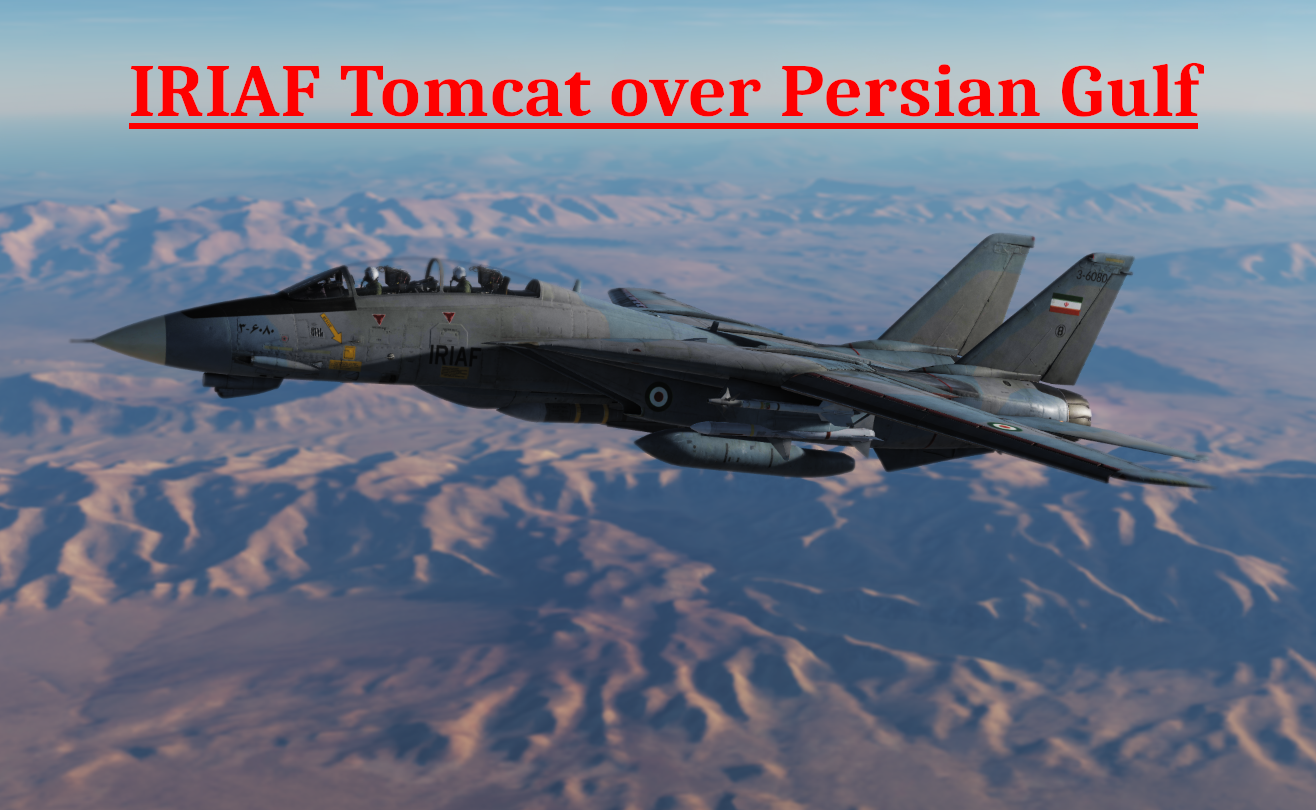 Typ - Kampagne
Autor - CEF
IRIAF Tomcat over Persian Gulf using Mbot Dynamic Campaign Engine modified by Miguel21. Fly the Iranian F-14 Tomcat in an immersive dynamic system which will record your destructions and losses. Each mission will be different with CAP, ESCORT, INTERCEPTIONS, etc... You will have to help other iranian fighters and bombers to perform their missions.

Please read the PDF file to install and play this campaign

2003, Iran is trying to protect its territories in the Persian Gulf against US domination. Iranian s islands must be fortified to prevent invasions. It seems that South Gulf States in fact mainly the US are not ready to let Iran install heavy defenses on those Islands. 81 TFS, equiped with F-14 Tomcat, based on Lar Airbase, is one of the best squadron to defend Iran s territory.",

It's a really challenging campaign for the Iranian Tomcat. You are facing some of the most performing Fighters and weapons. Do your best and try to survive.