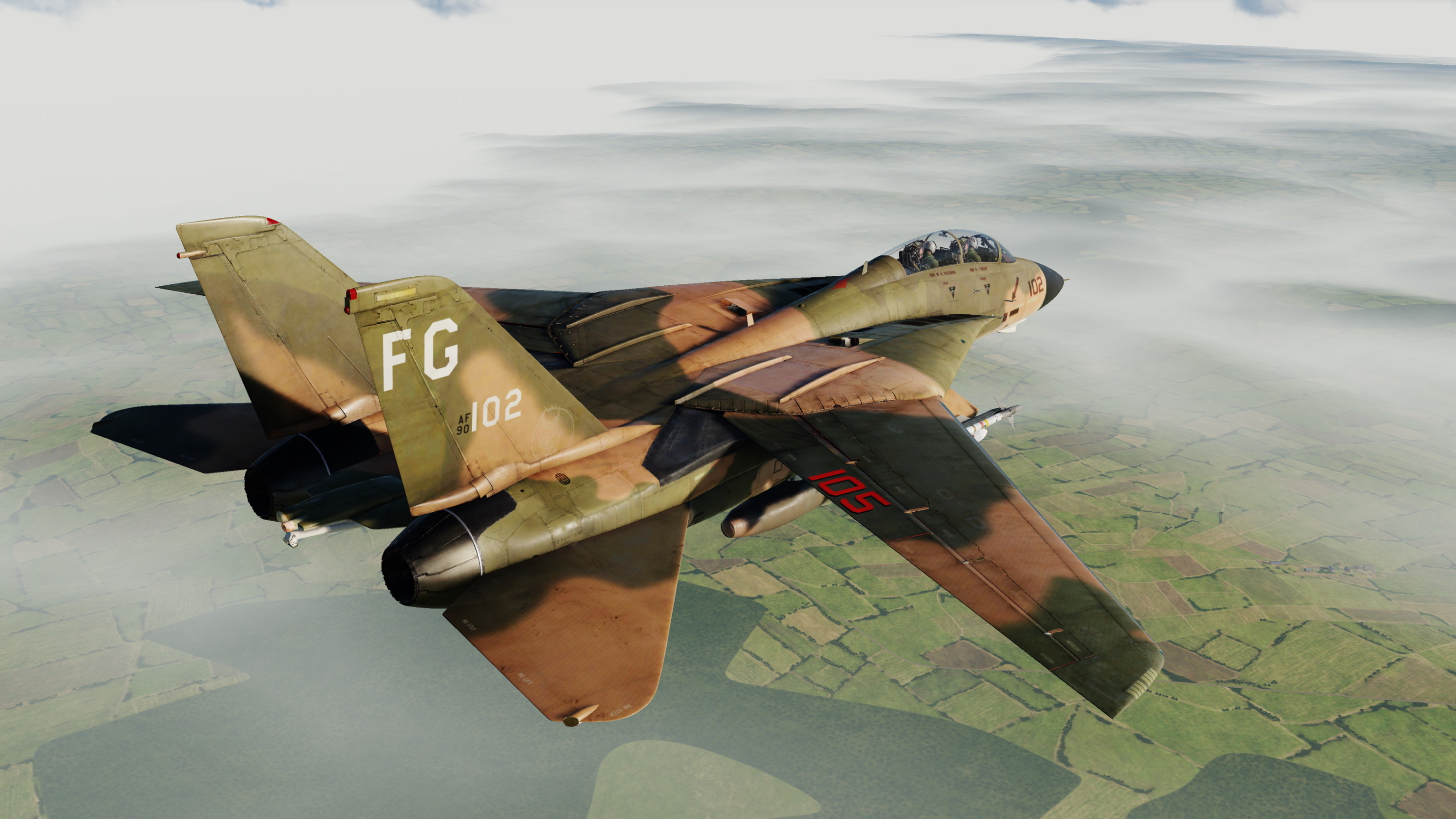 Typ - Anstrich
Autor - RazgrizBSG27
Perfect to continue the Vietnam War into the early Eighties' or to stand in for the Phantom in period pieces.

I looked high and low for an SEA Camo for the 'Cat, and couldn't find any, so I decided to learn basic skinning, and utilizing the HB F-14 Paint-Kit from a few months ago, I think I've done alright. In the HBF14 paintkit there is a livery called 'Camel Smoker' which has a pattern a lot like SEA, but different colors which is what I started with, so I swapped the colors, and edited the pattern a bit, mostly on the tail, added the black Radome myself. Also used the markings mostly from the default VF-102 liv, but as you can see, I replaced NAVY with USAF, and added the new tail info, I also edited the pilot and RIO helmets with a little fun customization like a picture of a phantom helmet I saw once, as for the Tail data, it's supposed to be 433rd, Wolfpack, and the AF 90 near the big number indicates a manufacture date of 1979 (Cause it's fictional 'Vietnam continued' stuff)
Tags: F-14, SEA, SEA Camo, Camo, vietnam, USAF, Air Force, Southeast Asia, F-14 Tomcat
FOLLOW US