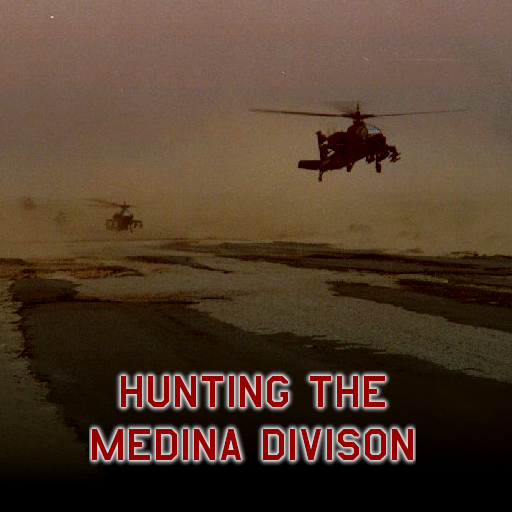 Typ - Mehrspielermission
Hochgeladen von - |DUSTY|
'Hunting the Medina Division' is a co-op (4x Ka-50) mission on the Persian Gulf map.
Loosely based on the 'Battle of Medina Ridge' in the 91 Gulf War, this mission can be played SP.