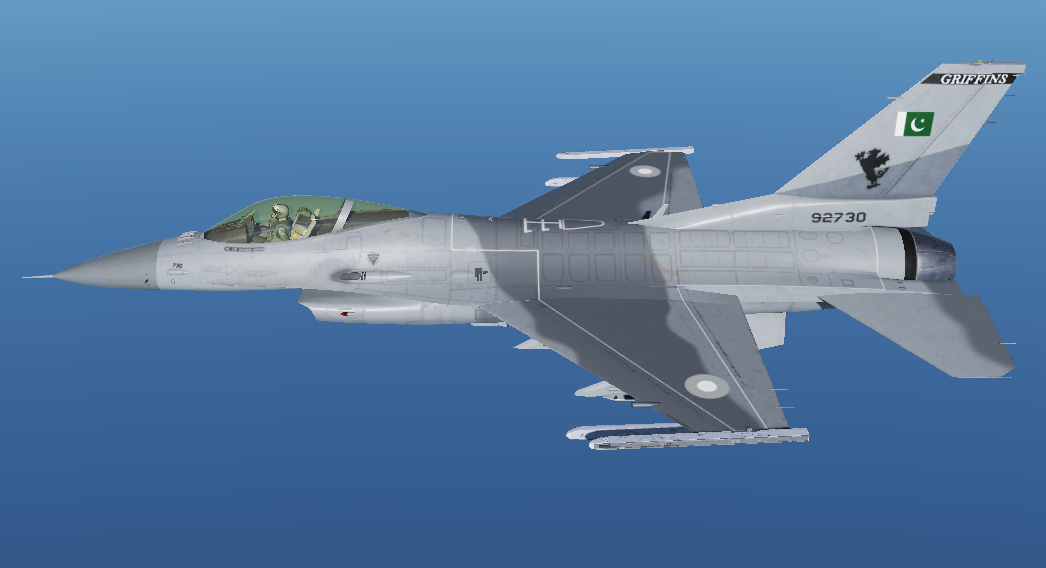 Typ - Anstrich
Hochgeladen von - Genysis
This is a livery for F16C.

REG 92-730 was an F16 A MLU. On 11th March 2020 Wing Commander Nauman Akram was flying this F16 over Capital of Pakistan practicing for National day aerobatics. After executing the Split S maneuver the aircraft crashed near Shakar Parian.  WC Nauman did not eject until the end as it is Tradition of PAF pilots not to eject unless they have cleared Populated areas. The pilot tried hard to recover the aircraft but he failed to do so and crashed. In this incident, Wing Commander Nauman Akram passed away due to heavy injuries.

This livery was made to tribute WC Nauman Akram