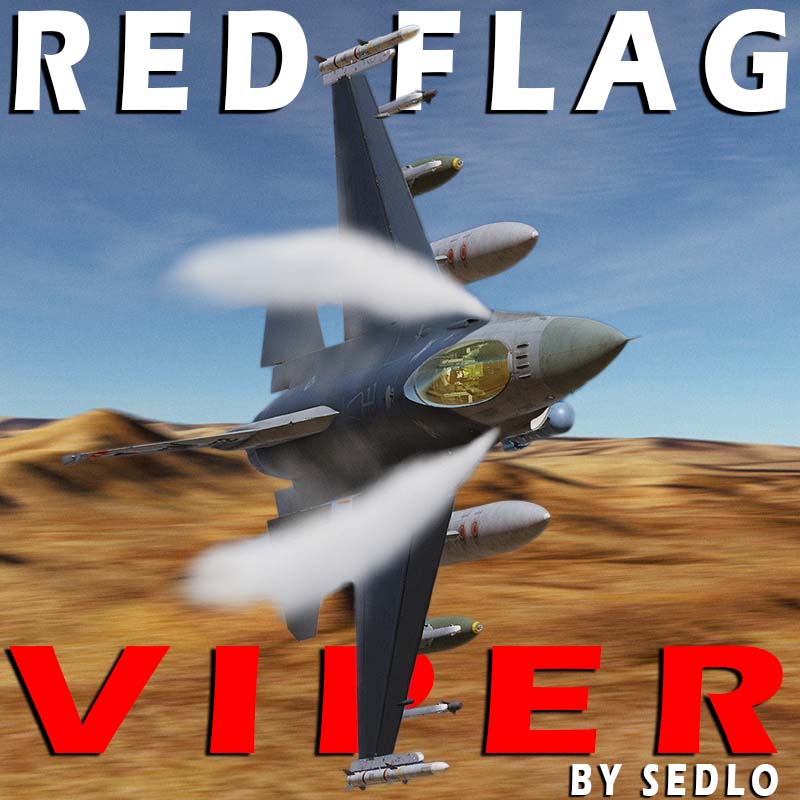 Welcome to Red Flag Mission 1.  My goal in creating this mission is to simulate a realistic air to ground Red Flag mission for the new DCS F-16C Viper.  In order to fly this mission successfully, you’ll need to execute critical tasks, from hitting your timing points to low level flying to possible air to air combat.

This mission features a ton of voice overs and realistic scenarios, with randomized threats that will make it playable again and again.

Today, Blue forces will preemptively strike the Red Forces staging near the DMZ.  The attack will consist of several F/A-18 strikes upon Red Command and Control facilities adjacent to the border, plus SEAD strikes against SAM, AAA and EWR sites.  Aiding this effort will be several flight of F-15 and F/A-18 fighters to take care of any hostile airborne responses.

Red Army and Air forces are on a high state of alert.
• SA-10, SA-8, SA-3 AND SA-6 radar guided SAMs are all located adjacent to the DMZ.
• MANPADS and AAA threats exist throughout the AO.
• Hostile MiG activity has been heavy consisting of MiG-29, SU-27s (simulated by F-15 and F-16s of the 65th Aggressors and the 6513th TEF)

Dodge 1 Flight will be targeting a Red Command and Control Bunker located at NB 67587 40715 in Range 74B, utilizing a low level, high speed run into a pop up, MK-84 bombing attack.  You will only be making one pass, then egressing northeast at high speed and low altitude.

Most communications with air traffic control and mission elements are scripted in the mission, and require you to tune the specific frequency or channel on the required radio.

* WHEN YOU START THE MISSION, YOU MUST SELECT PRESET 1 ON BOTH THE LEFT AND RIGHT RADIO IN ORDER FOR THE MISSION TO WORK!
* COMM1 is your UHF radio, COMM2 is your VHF.  If you are instructed to, “PUSH UNIFORM 3”, select channel 3 on the UHF (COMM1) radio.