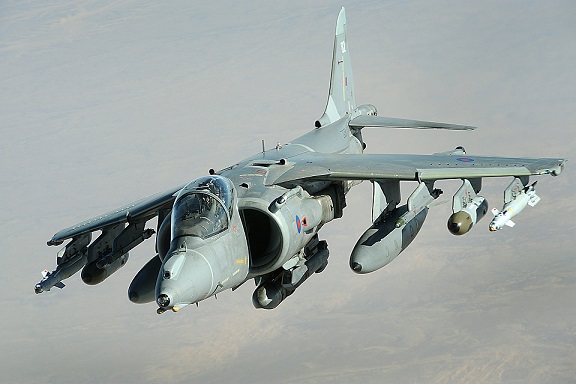 Typ - Einzelspielermission
Hochgeladen von - dave317
DCE dynamic campaign highly modified to try and represent as best as possible being an RAF pilot flying the Harrier as part of a NATO task force in the Caucasus region.  You will be joined by European, Canadian and US allies fighting alongside the Georgian air force.
No mods are needed however please take a look at the readme for highly recommended liveries and mods to make it more authentic.

I've spent weeks learning the DCE dynamic campaign system as i wanted a more European type campaign flying an (as close as we can get)  RAF Harrier.  My version is a modified version of PB0_CEF's great campaigns.  It's an incredibly complex system where one tiny change to a file can change the way the whole campaign works and performs. I've tested it to death and think that it is pretty much as I want it.  Let me know if you have any comments or suggestions.  Obviously none of this would be possible without MBot'S amazing work along with PB0_CEF and Miguel's script work.

You will be flying with 1 Squadron  in 1996 out of Senaki Kolki.  Your allies include British and German Tornado's, Georgian SU25's, French Mirages, Swedish Viggens's, Canadian FA/18's, Dutch F16's,  USN F14B'S and a few others.  You may also have AWACS and refuelling aircraft.

Although no mods are needed I highly recommend these mods:

Try to stick to mission timings as otherwise your escorts won't be of much help to you.
I'd recommend not viewing other aircraft as this will cause the clouds near to your aircraft not to be displayed.
Your Harrier's loadout's all have external tanks due to it's limited range without them.  While this reduces the amount of weapons you will have you can always change this before you take off.  I'd recommend leaving your wingmen with the tanks so they don't run out of fuel.
Channel one on Comm one is your package frequency.
Channel two on Comm two is the ATC.
Channel three on Comm three is AWACS.