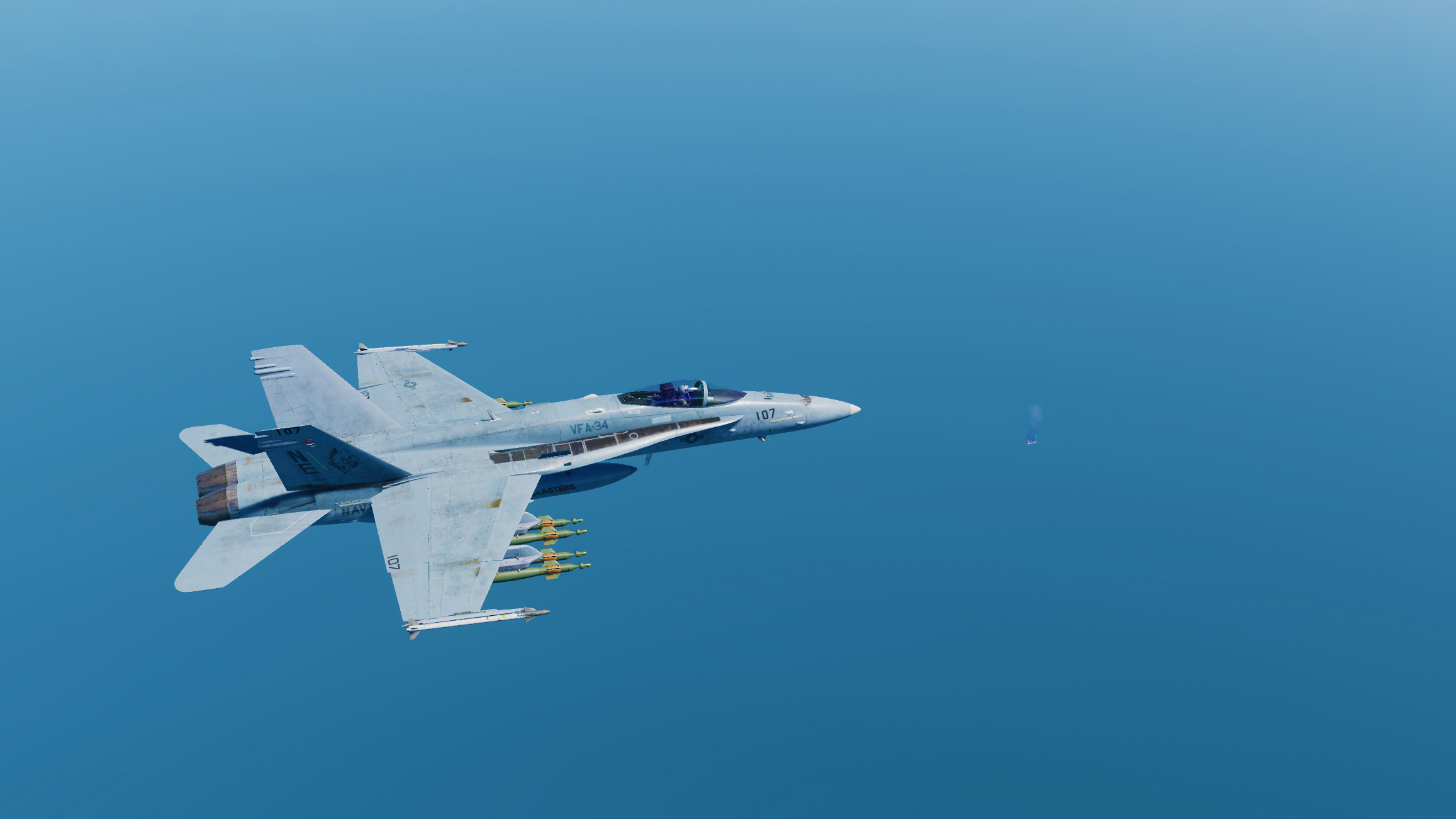 Typ - Kampagne
Hochgeladen von - BunnyClark
Inspired by recent events and the Tanker Wars, Oil In The Water tells the story of an escalating conflict between the US and Iran that is sparked by Iran's attack of two oil tankers with Silkworm missiles as they transit the Strait of Hormuz.

Version 2.7:
**Requires DCS Version 2.7!**
-All missions updated with new clouds.
-LIGHTENING replaced with ATFLIR in all relevant missions.
-All mission scoring updated: now if you end the mission without being shot down and sel ect END MISSION you will advance to the next mission in the campaign regardless of if you completed your objectives. If you wish to immediately try the mission again sel ect FLY AGAIN, if you wish to come back and try the mission again later select CLOSE and confirm that your progress will be lost. If you are shot down without completing any objectives you will be forced to fly the mission again.
-Missions 10 and 11 updated to add new AAA barrage fire.
-Mission 12 updated with a new, more reliable, trigger for the strikers completing their objective.

Version 2.8:
-Adjusted all chaff and flare loads to 60/60
-Eliminated all single-missile AMRAAM loads on wing stations since they're silly now.
-Changed Mission 14 to use SLAM-ER.
-Changed Mission 5 co-op mission to have the wingman use the human weapon load rather than the stupid AI weapon load.
-Fixed a few single player missions that were accidentally saved with the co-op versions.

Version 2.9:
-More reliable (hopefully) trigger for helicopters shot down and/or fleeing in Mission 2.
-Cleaned up units hidden in Mission Planner.
-Replaced the Courageous and Altair with the new Seawise Giant model, and updated the Mission 1 and 2 splash images.
-Fixed several AI flights that were performing cold starts in Missions 10, 11, and 12.