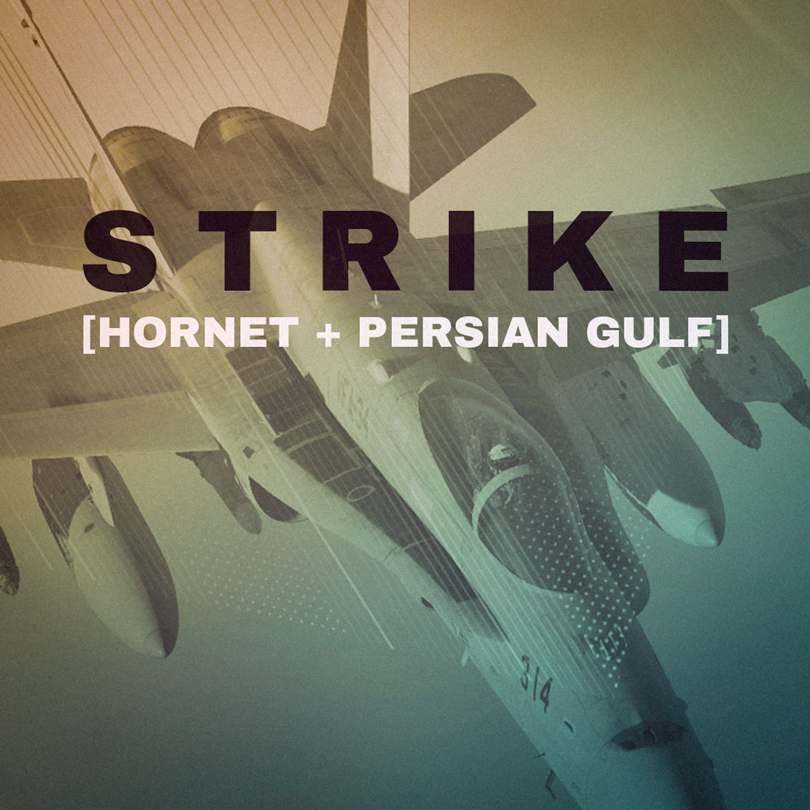 类型 - 单机任务
作者 - GazAce
ENEMY ACTIVITY AT TUNB KOCHAK IS BECOMING A CONCERN & NEEDS TO BE DEALT WITH & YOUR JUST THE PERSON TO BRING IT TO THEM.
HEY THERE DCS BROTHERS & SISTERS! HOPE ALL IS GOOD. THIS IS ONLY A SMALL MISSION BUT ONE THAT STILL NEEDS SOME FOCUS. I FIGURE YOU CAN GET THIS DONE IN AROUND 35 - 45 MINS & I WOULD DIFFICULTY RATE AROUND 7/10. A LITTLE WHILE AGO I POSTED A FLYTHROUGH ON MY YT CHANNEL KINDA SHOWING OFF A BIT WITH THAT FOUR IN ONE PASS MAV THING BUT THAT'S NOT NECESSARY IN THIS MISSION, JUST AS LONG AS YOU NAIL EM ALL. ANYWAY, GOOD LUCK, HAVE FUN & I HOPE YOU ENJOY https://www.youtube.com/watch?v=UOx_eGrlv3A
标签: F/A 18-C Hornet, AGM-65F MAVERICK, Mk-20 Rockeye, Mig-29A, Syria Map, Single Mission, Moving Targets, hot start
下载 详细
DCS: World 2.5
F/A-18C 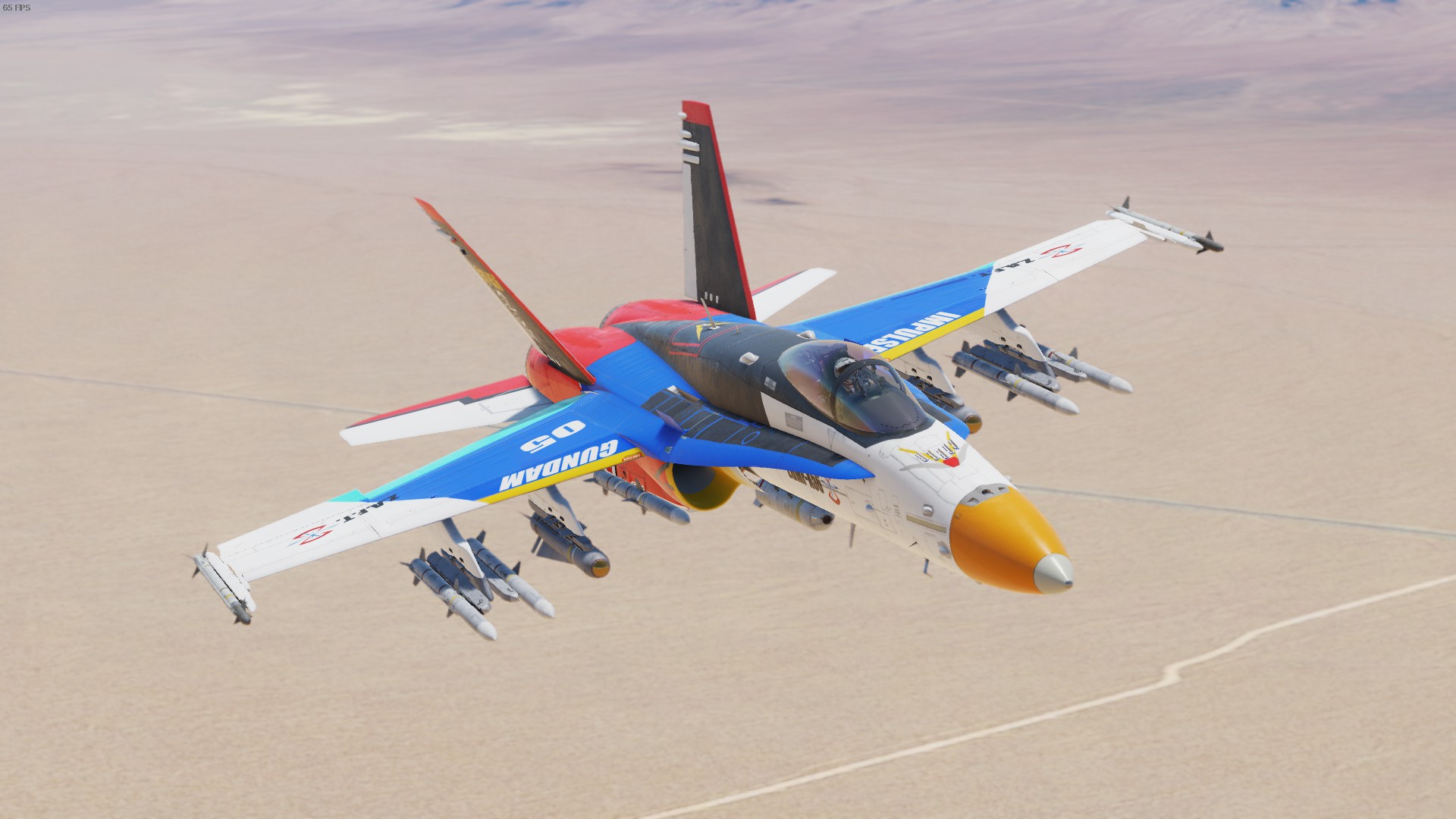 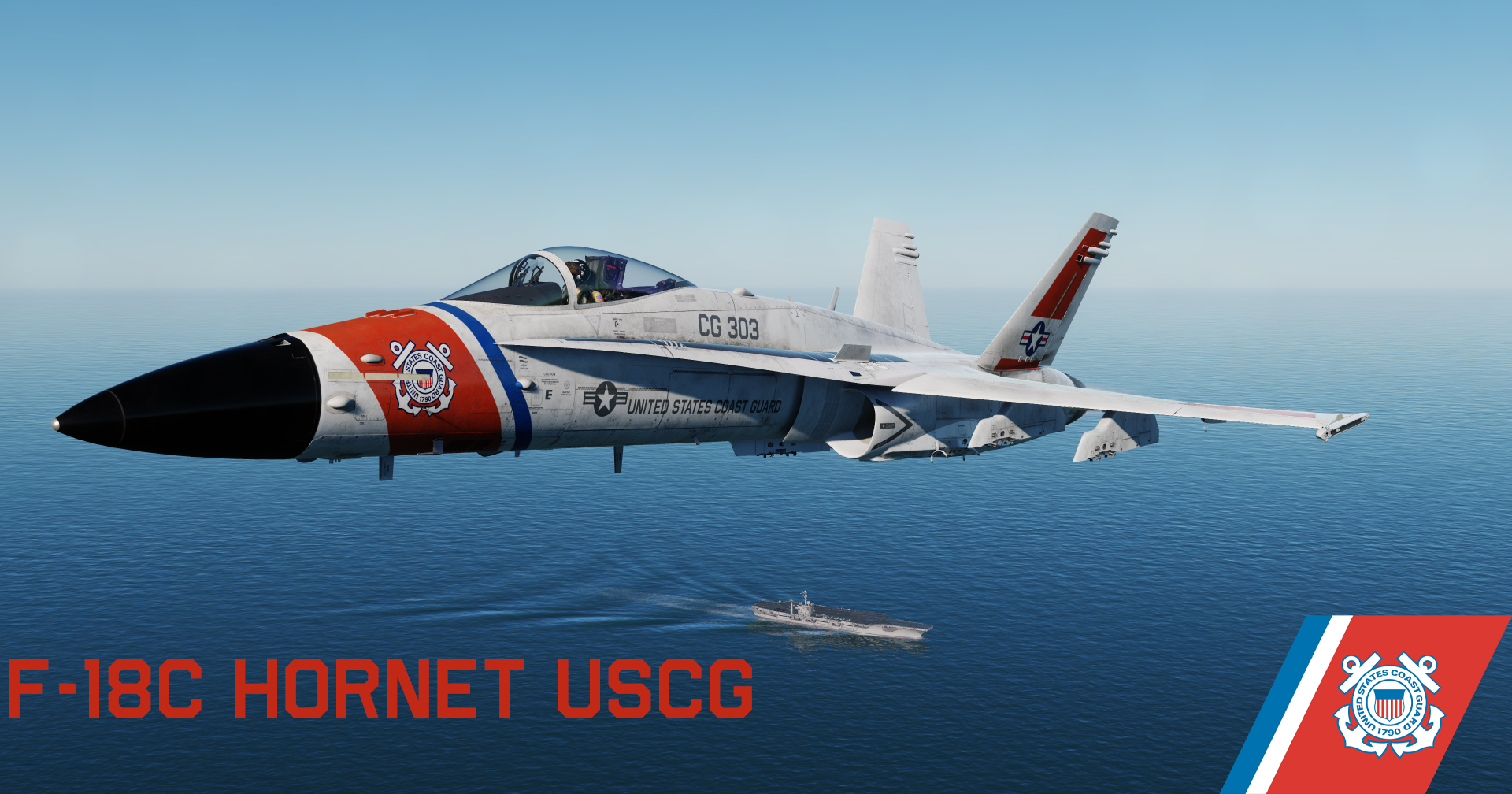 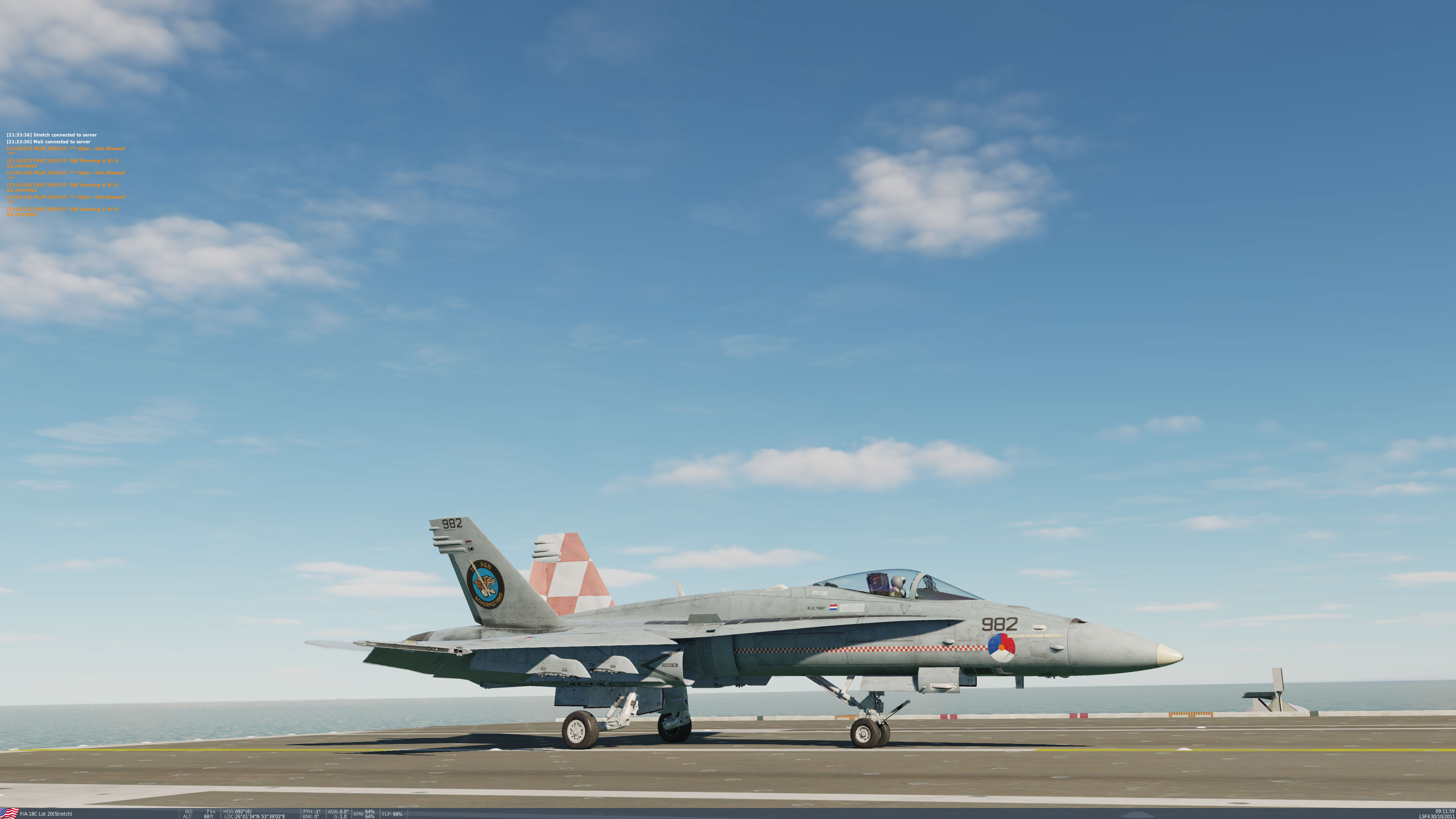 类型 - 涂装
作者 - 69Charger
I had the idea for some time that I wanted to create a skin with some Dutch influences, so I used the 313 SQN emblem and RNLAF's roundels.
The red and white blocks are fr om the flag of "Brabant", a little homage to my province.
This is my first skin, I'm not a experienced artist so improve wh ere you want. 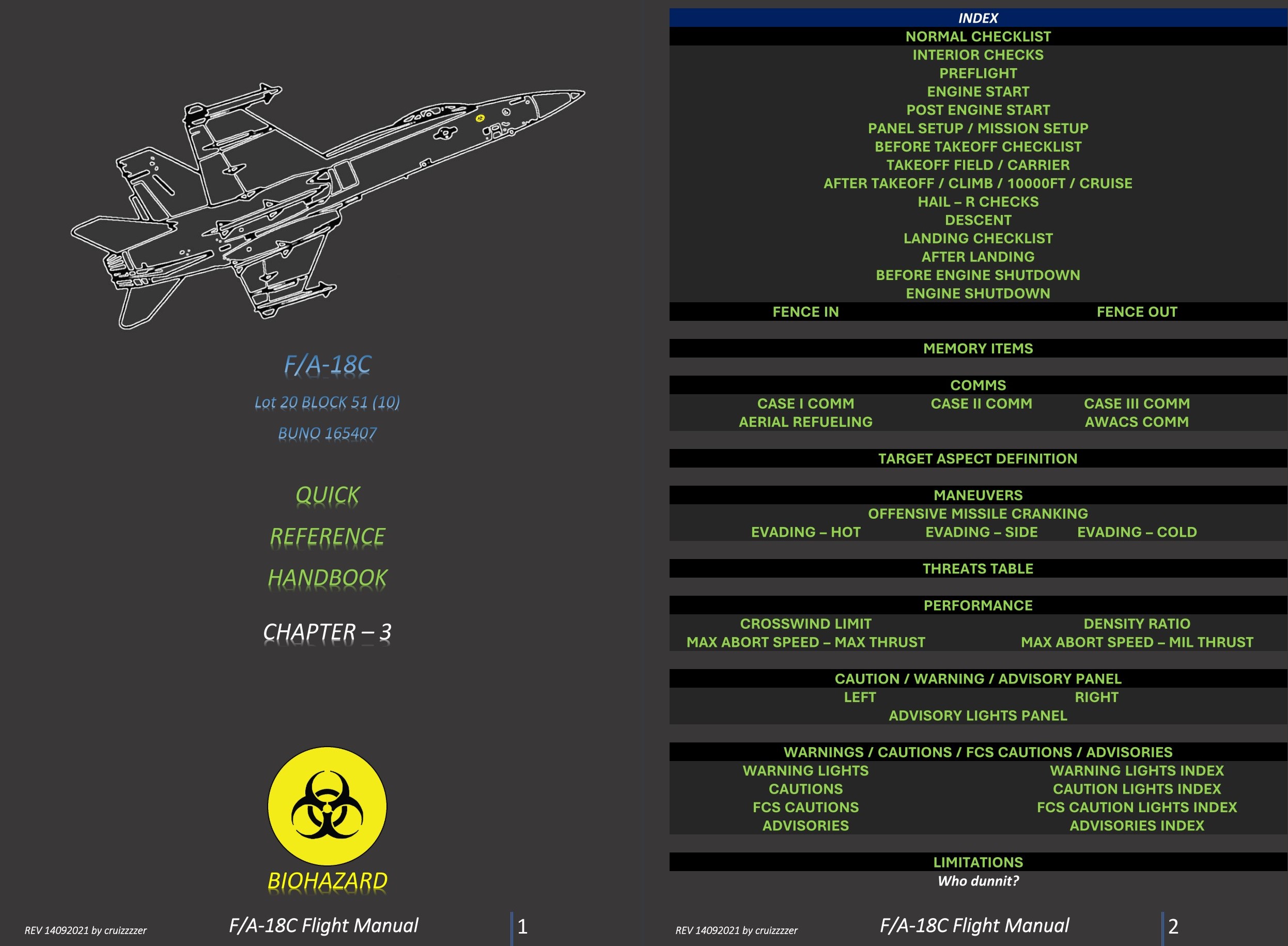 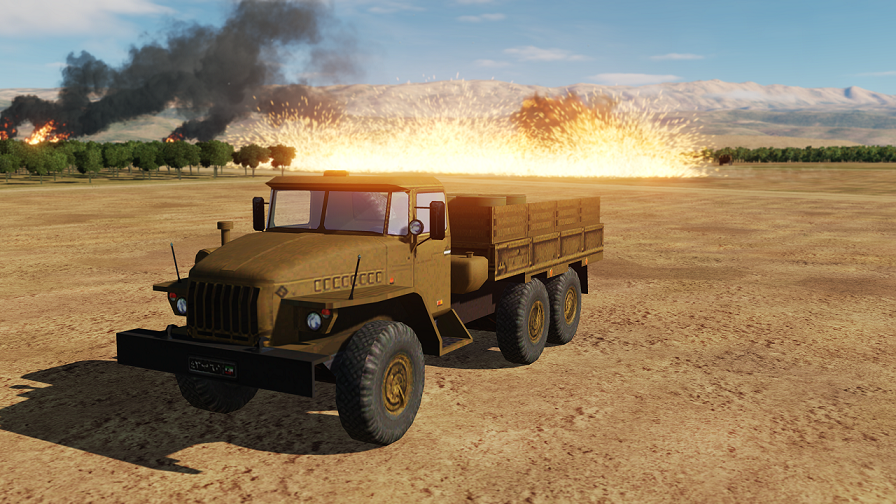 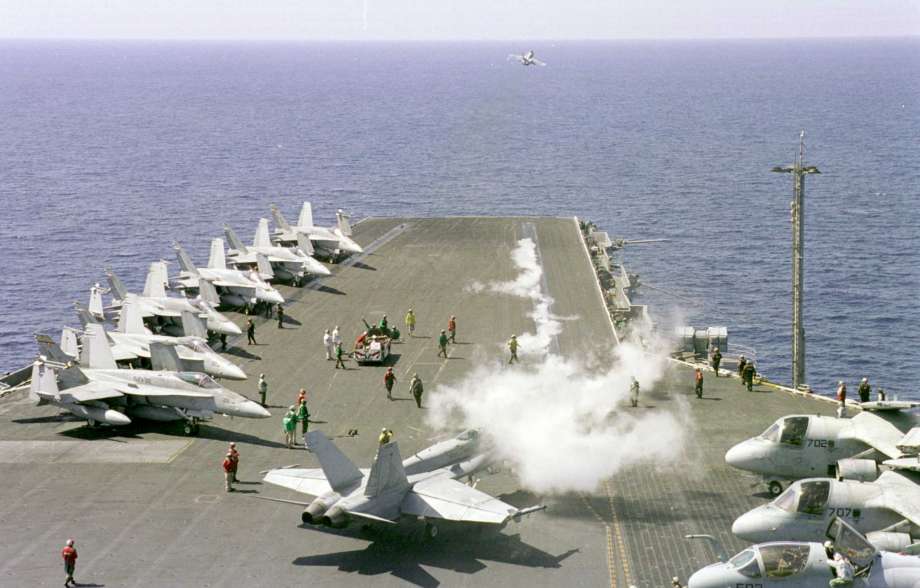 类型 - 战役
作者 - cskelly123
Looking Glass is loosely based on a Canadian made for TV movie that came out in 1984, called “Countdown to Looking Glass”. It tells a story of a world banking crisis that leads to turmoil in Southwest Asia and eventually a showdown between the United States and the Soviet Union.
You will be flying off the George Washington in the new F/A 18 Hornet. There are 11 missions in the campaign. They range from carrier work ups (traps), CAP, air to ground, anti-ship, recon, and escort missions. Super Carrier and Persian Gulf map required.