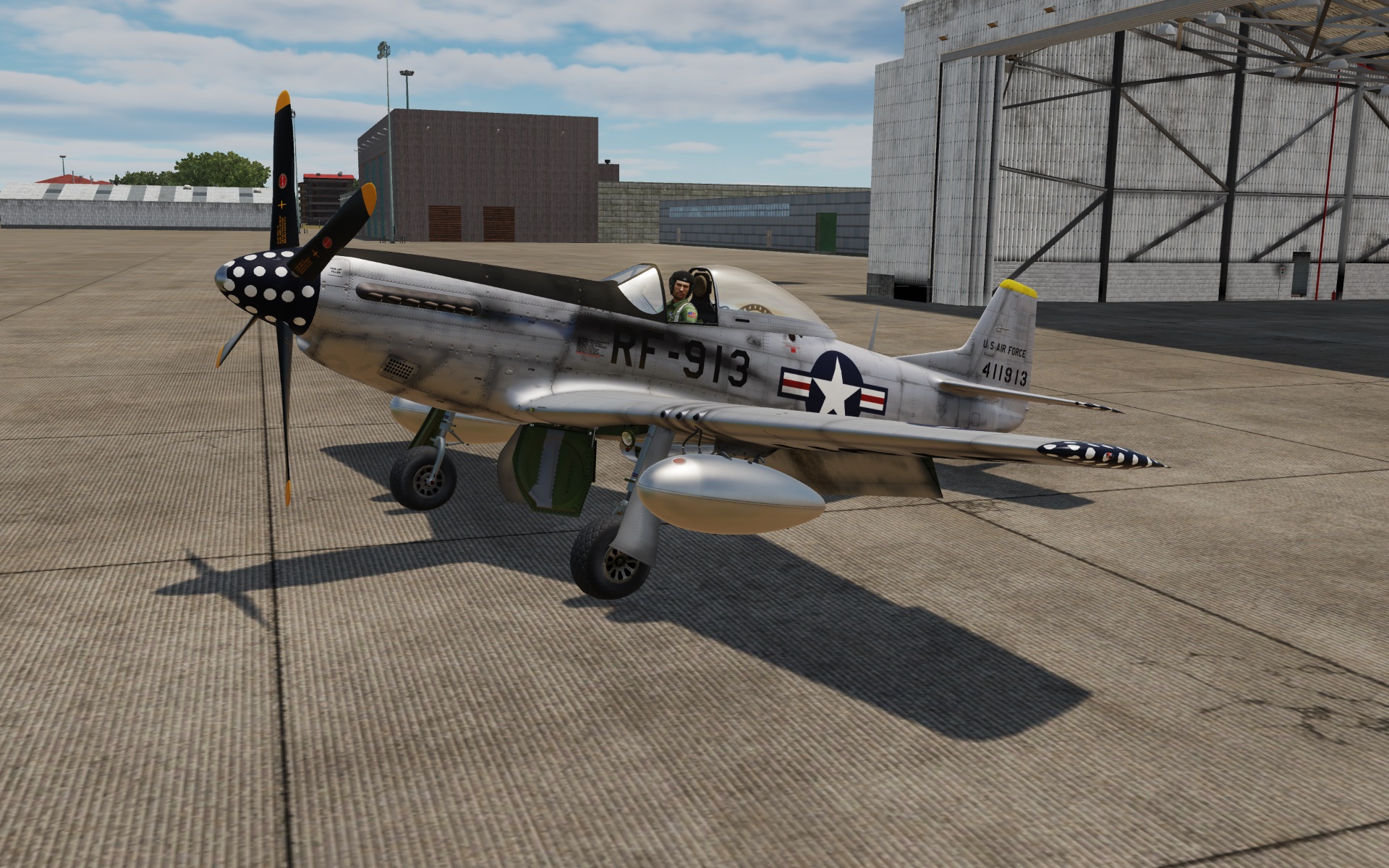 Livery for the P-51D, made to look like a RF-51D from the 45th TRS. The 45th was the only group to fly the RF-51D in Korea. They were initally set to fly the RF-80, but the short range of the jet made it impractical. Instead the squadron flew photo-reconnaissance Mustangs until 1952, when they got the RF-80s again. They often flew armed reconnaissance, carrying extra rockets or bombs, to be able to attack what they could find.

I have skipped making a fake camera texture on the rear fuselage, since it looked ugly as sin. Instead, pretend there are cameras there and make shutter noises yourself as you fly past the baddies.

The livery contains custom made roughtmet files, with the base files being based on Rudels paint kit (https://www.digitalcombatsimulator.com/en/files/1553631/)