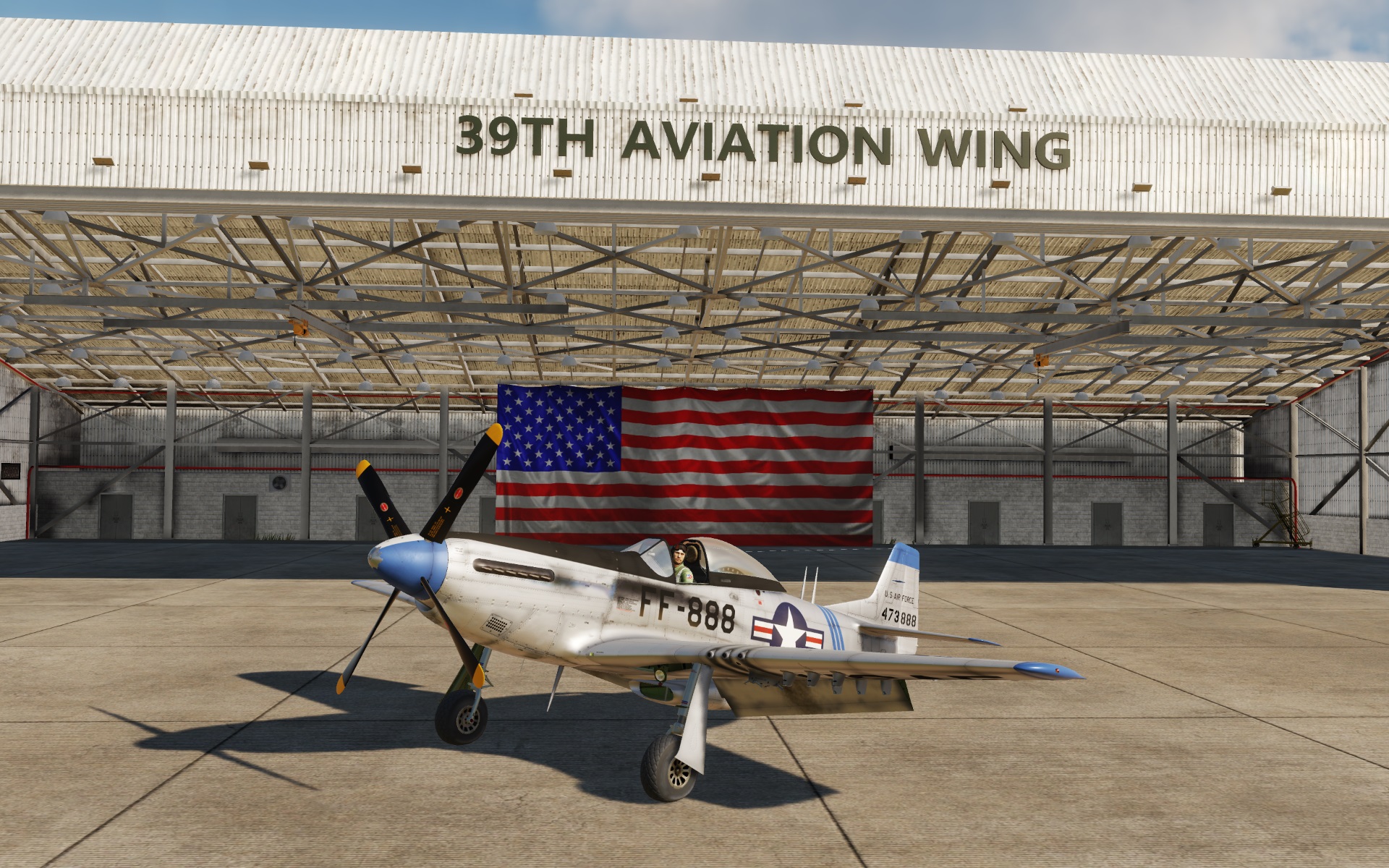 类型 - 涂装
作者 - Marsvinet
A F-51D from the 12th Fighter-Interceptor Squadron, as some planes were seen in Korea.

Livery for the P-51D, made to look like a F-51D from the 39th FIS. There is conflicting information around the 39th, whether it was an interceptor squadron or fighter-bomber squadron. But whatever the squadron did, this livery depicts one of their planes, clad in blue details.

The livery contains custom made roughtmet files, with the base files being based on Rudels paint kit (https://www.digitalcombatsimulator.com/en/files/1553631/)