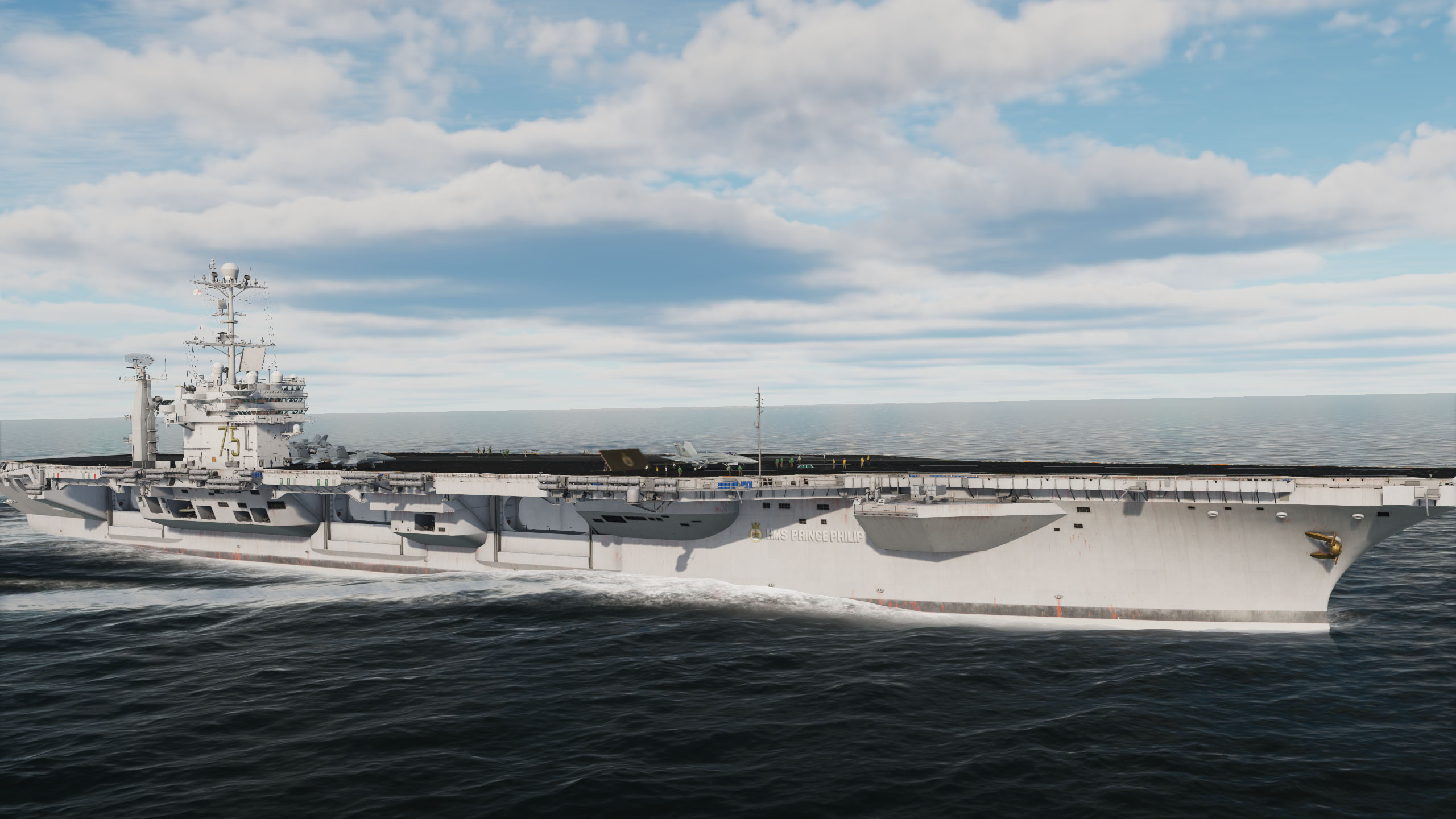 类型 - 涂装
作者 - elies
This is a fictitious livery for the CVN 75 USS Harry S Truman in honour of HRH Prince Philip who recently passed away.  Prince Philip had a long history with the Royal Navy and I was working on a fictituous UK livery for the super carrier when he passed away so decided to name it after him. I've put his crest within the standard Royal Navy ensignia template and put these throughout the boat, including on the catapults.

The boat's hull has been painted navy white in contrast with the extra dark deck (with a slightly lighter tone for the landing strip). The Royal Navy flag sails from the mast with the Union partially painted on the Stern. The boats number is now in royal gold. Finally, I cleaned up some of the super carrier's deck's decal template so there aren't as many hard lines.