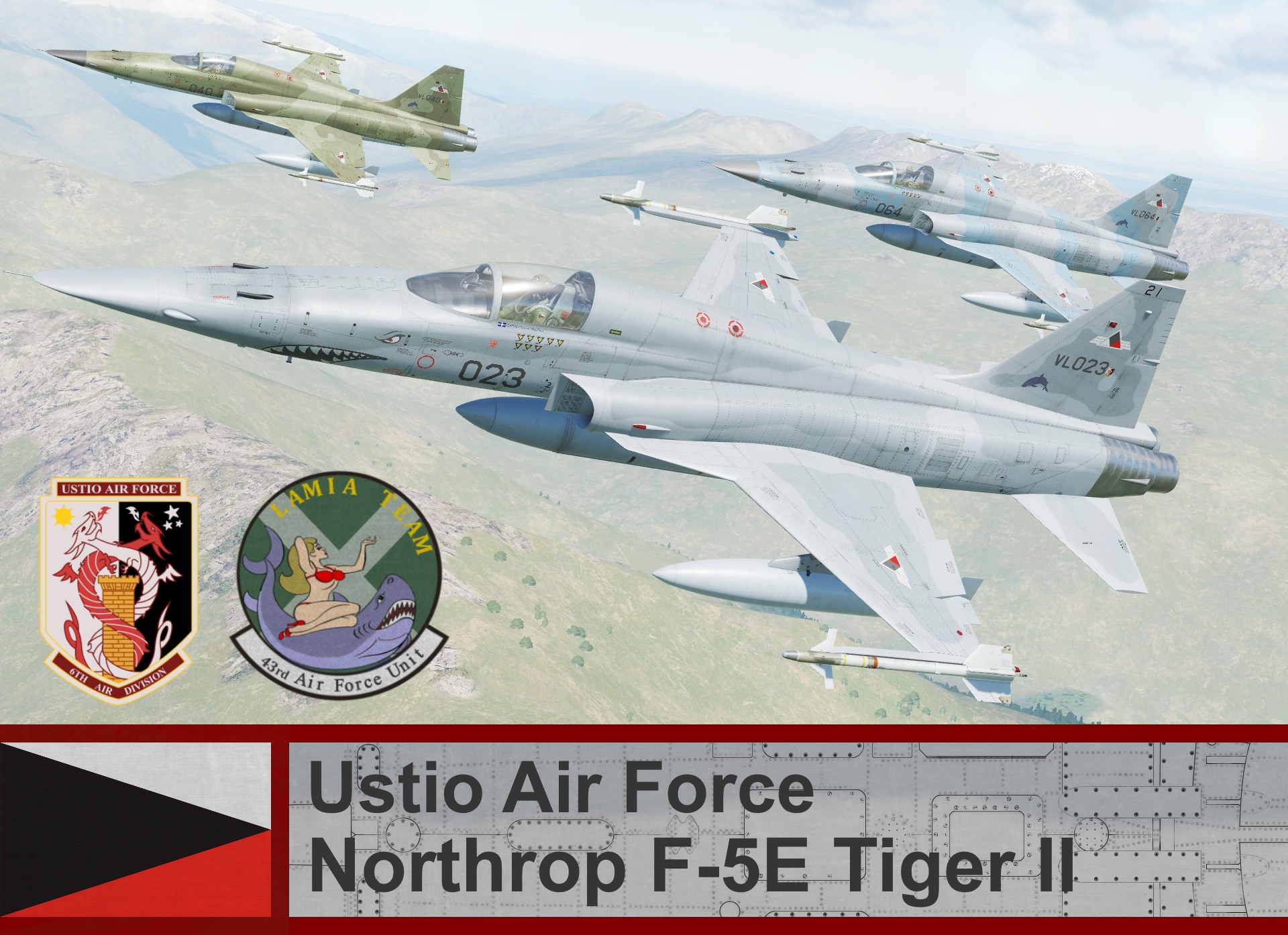 to install extract files to SteamLibrary\steamapps\common\DCSWorld\CoreMods\aircraft\F-5E\Liveries\F-5E-3.

After completing flight training, Soble was looking forward to an exciting career with the Federation of Central Usea's Air Force. However shortly before his assignment to
a squadron a medical exam discovered early signs of scoliosis (a sideways curve of the spine), putting an end to his hopes of being a fighter pilot. Before his medical discharge was finalized a sympathetic officer showed him an old news article about mercenary pilots in the Romney Civil War. The officer explained that mercenaries weren't held to the same medical standards as normal military, aswell as with Soble being fully trained by that point this would be his best opportunity. By Nov of 1994 he officially signed up with the Foreign Mercenary Forces, and several months later he found himself fighting under Ustio's banner. Assigned to the 43rd AFU under Cpt. McDillon he would slowly start to learn the art of air combat, managing the score several kills by the time Directus was liberated. On 05-17-1995 Soble and his team were supporting attack on the Hydrian Line from Ustio's border when they were all wiped out by a Belkan laser defense system. His body was later recovered and returned to his family in the FCU.