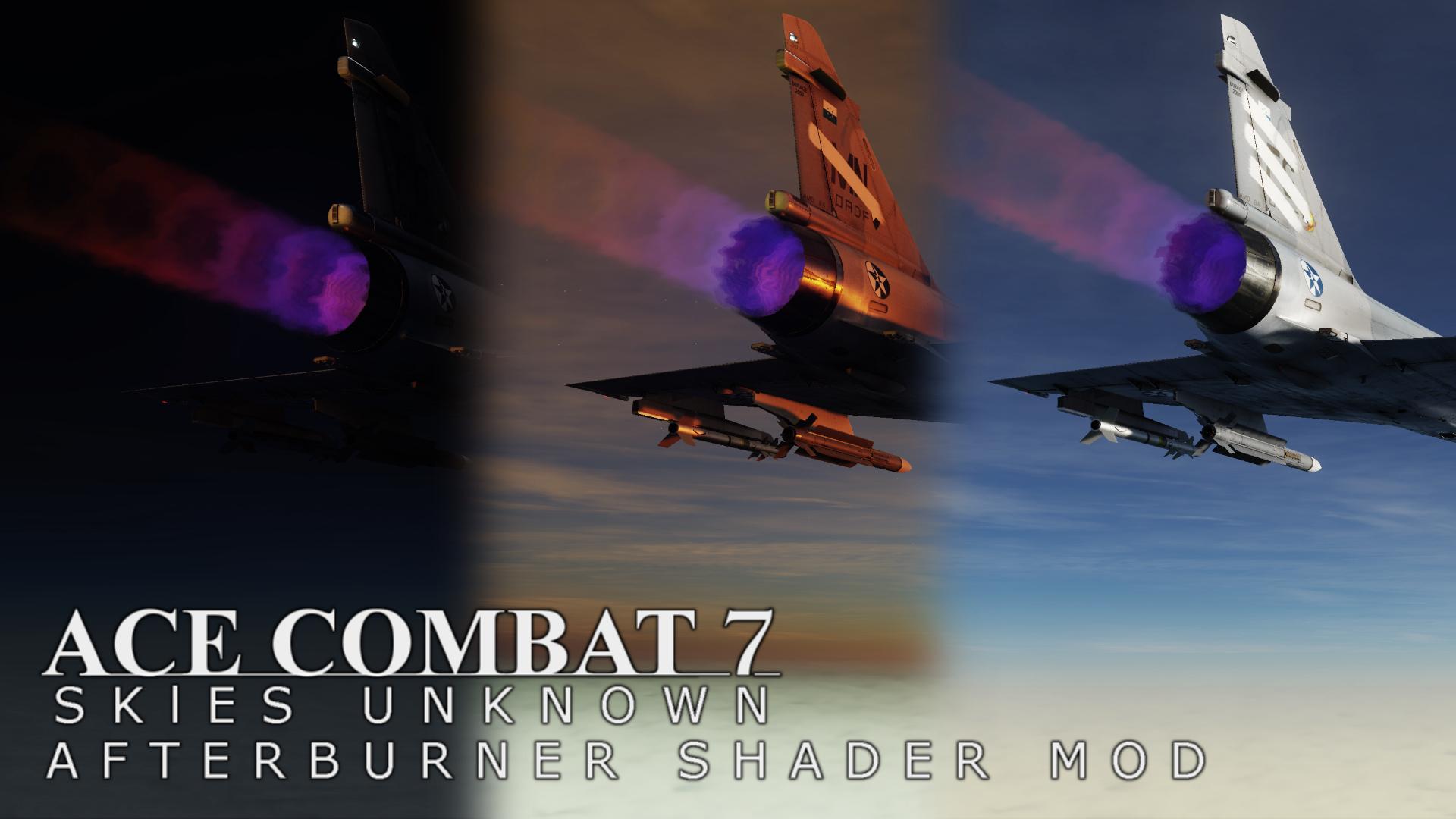 类型 - 模组
作者 - J-20_Stronk
Changes the default Afterburner shader and color to resemble the one in ACE COMBAT 7: SKIES UNKNOWN.

Does NOT break I/C !

Changes the default Afterburner shader and color to resemble the one in ACE COMBAT 7: SKIES UNKNOWN.

The main shader replacement does NOT break Integrity Check, so you can use it in Multiplayer as well.


There is an optional file that also replaces the afterburner TEXTURE to the one used by the DCS F-16C and F-18C which in my opinion make the afterburner look closer to the one in ACE COMBAT than the original texture . However replacing the texture WILL break I/C after loading into a map, so you must restart the game in order to reset I/C and join a different server.

Install by dragging the 'Bazar' folder in 'MAIN' to your DCS installation folder. (Not 'saved games' folder)
You can install the texture replacer in the OPTIONAL folder the same way.