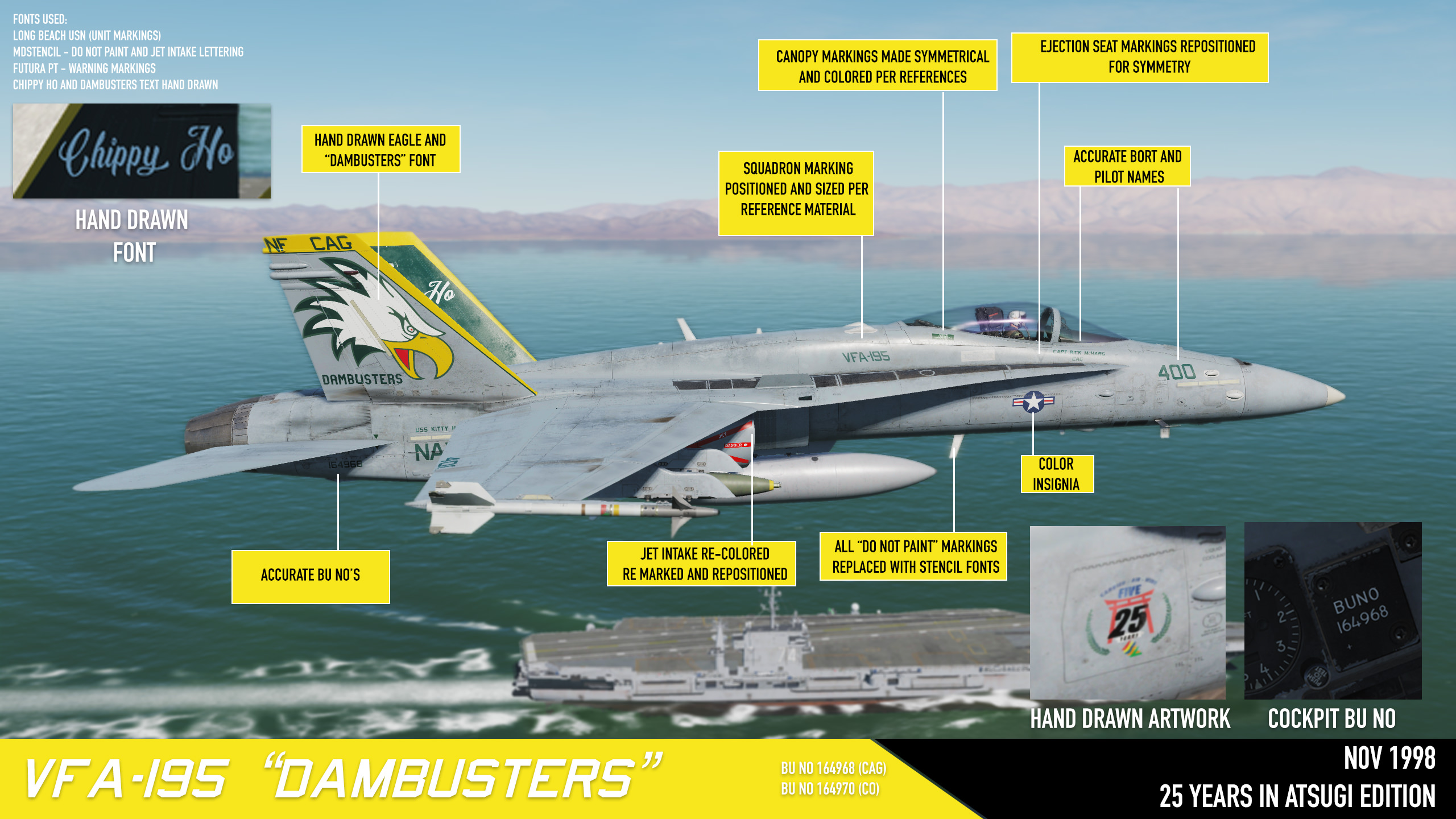 类型 - 涂装
作者 - Tigershark
This livery represents a special version of the Chippy Ho High Visibility paint scheme that included "25 years in Atsugi" artwork on the left side of the aircraft. It comes in both CAG (BORT 400) and CO versions (BORT 401). Every effort has been made to meticulously replicate the livery as accurately as possible using a variety of model kit instruction sheets as well as reference photos where possible.

Sometime in the 1950s, the squadron adopted a shield insignia that featured an eagle's head and a torpedo. On 1 May 1951, squadron aircraft disabled the heavily defended Hwacheon Dam in North Korea, earning them the nickname Dambusters,[1] echoing the original Dam Busters of No. 617 Squadron RAF. Destruction of the dam had been previously attempted by other units many times.